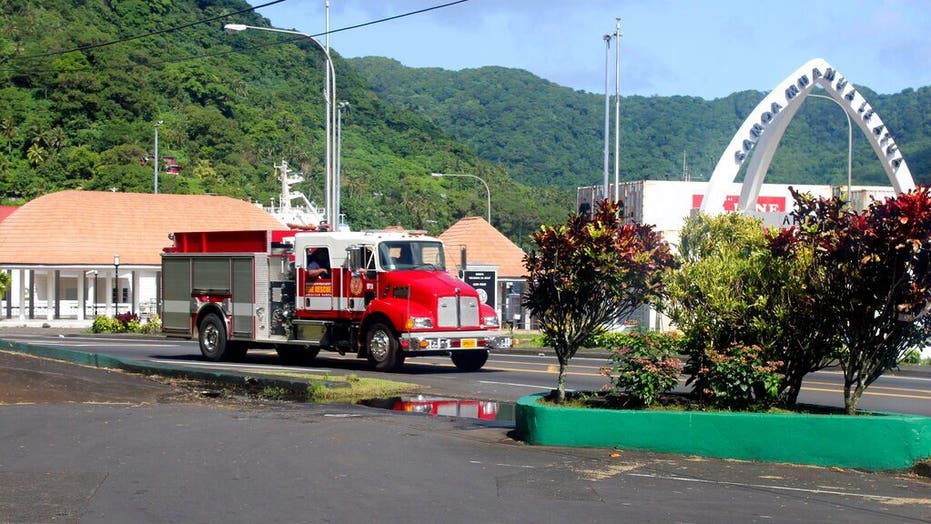 The U.S. Pacific Tsunami Warning Center cancelled a tsunami watch Thursday for Hawaii that was issued after a huge earthquake occurred in a remote area between New Zealand and Tonga.

The agency previously cancelled a tsunami warning it had issued for American Samoa.

The magnitude 8.1 quake struck the Kermadec Islands region. It forced thousands of people to evacuate in New Zealand but did not appear to pose a widespread threat to lives or major infrastructure.

A firetruck tells people along the road, through a public address system (PA) to move to higher grounds following a tsunami warning for American Samoa in Pago Pago, Thursday, March 4, 2021. (AP Photo/Fili Sagapolutele)

In American Samoa, officials rang village church bells and police in marked vehicles and fire trucks used loudspeakers to spread word of the threat because the territory’s regular outdoor warning system has been out of commission since last year.

Repairs have been on hold because flights to American Samoa were suspended amid the pandemic and technicians have been unable to make the trip.

Residents weren’t taking any chances after a tsunami in 2009 killed 34 people in American Samoa and caused major damage.

The Kermadec Islands quake was the largest in a series of tremors that hit the region over several hours, including two earlier quakes that registered magnitude 7.4 and magnitude 7.3.