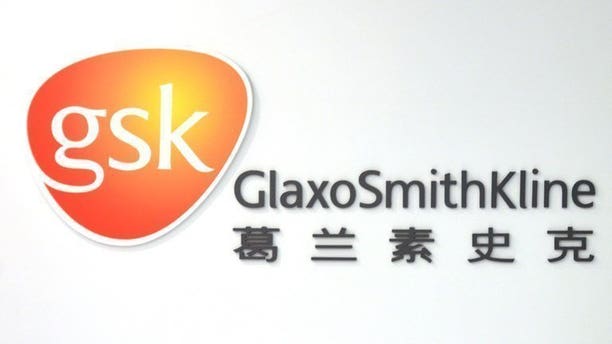 A sign outside GlaxoSmithKline's offices in Shanghai, pictured on July 1, 2013. Chinese police urged British drugs firm GlaxoSmithKline (GSK) to "fully cooperate" with a bribery investigation in a meeting with a visiting executive, according to a government statement on Monday. (AFP/File)

"We have zero tolerance for any behaviour of this nature," he added in a statement issued after meeting with authorities.

Earlier on Monday, Chinese police had urged the company to "fully cooperate" with a bribery investigation at the recent meeting with Hussain.

The London-listed pharmaceuticals firm on Monday said it was taking the matter "extremely seriously" and pledged to "root out corruption".

Hussain added: "We have had a very constructive meeting with the Ministry of Public Security, and we are very grateful for their time. GSK is taking this situation extremely seriously and that is why we are here.

"I want to make it very clear that we share the desire of the Chinese authorities to root out corruption wherever it exists."

"In addition, savings made as a result of proposed changes to our operational model will be passed on in the form of price reductions, ensuring our medicines are more affordable to Chinese patients," Hussain added.

A police official has previously claimed GSK staff funnelled nearly $500 million in suspected bribes through travel agencies and consultants since 2007.

Police have held four top executives of GSK China and prevented another, the firm's British finance director, from leaving the country, though he has not been formally detained.

GSK executives also took kickbacks from travel agencies in return for organising conferences, some of which did not exist, police say.

Media reports say more than 20 people have been detained in the case, including pharmaceutical and travel industry personnel.

China on Monday called upon GSK to face up to its responsibilities.

"The GSK head office should face up to its duties and responsibilities, fulfill the commitments in its apology statement and fully cooperate with the investigation by China's police," a ministry statement said.