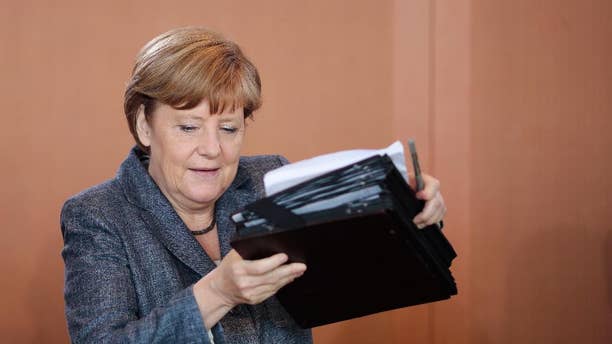 German Chancellor Angela Merkel is calling for the Group of Seven industrial powers to throw their weight behind a long-standing pledge to seek $100 billion to help poor countries tackle climate change.

Merkel, who hosts the G-7 summit starting Sunday, cautioned against comparing the meeting with full-fledged climate negotiations but said the world's leading industrial powers should send a signal ahead of a climate conference in Paris in December.

Governments agreed in Copenhagen in 2009 to seek a total of $100 billion from public and private investors over several years for measures to rein in climate change and dampen its impact.

Merkel said in a video message Saturday it's important to have a "confirmation of this 100 billion fund" from the G-7, though detailed financing pledges will be made elsewhere.