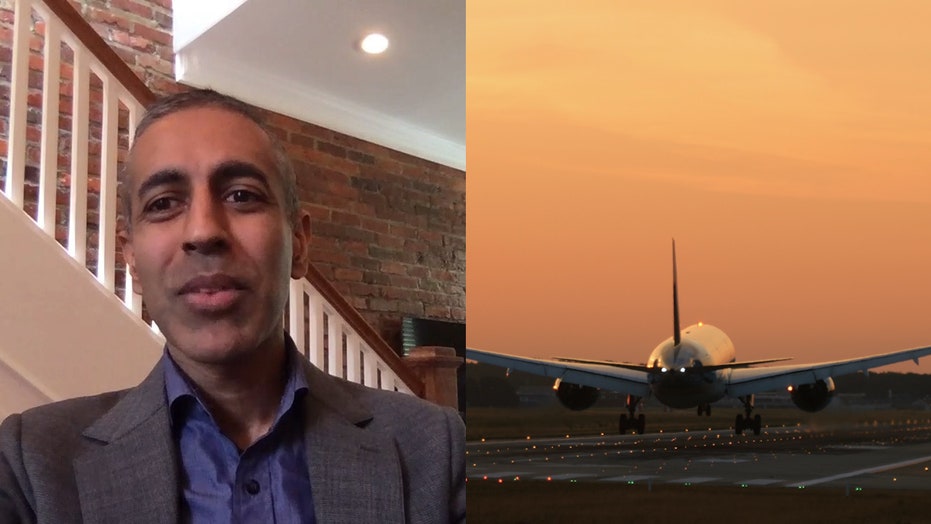 Doctor Sachin Nagrani, the Medical Director for Heal, delivers advice on how to mitigate the risks of flying during the coronavirus pandemic. He explains why personal behavior is critical to staying safe, as well as the best strategies to maintain social distancing at the gate, through boarding and on an airplane.

Germany’s government has labeled the entirety of mainland Spain as a “risk area” for coronavirus infections, drawing criticism.

The ban also includes certain islands, such as the Balearic Islands and Mallorca – a popular travel destination for German tourists – but notably excludes the Canary Islands. Tourists returning from those areas will be required to quarantine for two weeks, but the government will provide free testing at airports so those who test negative can avoid the quarantine requirement.

Sunbathers enjoy the beach in Pollença, in the Balearic Island of Mallorca, Spain, Tuesday, July 28, 2020. The U.K. government's recommendation against all but essential travel to the whole of Spain means that all travelers arriving in Britain from that country will have to undergo a 14-day quarantine. (AP Photo/Joan Mateu)

Some 30,000 German tourists are currently in Spanish areas, also including Menorca and Ibiza, according to DW News. Of those 30,000 tourists, roughly 90% are likely to be on Mallorca alone, the German association of travel agents (DRV) claimed.

The declaration initially covered only the popular vacation destinations, but on Friday the government responded to the rising rate of infection in Spain and expanded the “risk area” designation to the entire country.

Tourists and locals ride a tram in town of Sóller in the Balearic Island of Mallorca, Spain, Monday, July 27, 2020. Britain has put Spain back on its unsafe list and announced Saturday that travelers arriving in the U.K. from Spain must now quarantine for 14 days. (AP Photo/Joan Mateu)

German Health Minister Jens Spahn defended the decision, saying it represented “a clear announcement: If you come back from a holiday in Spain, you must go into quarantine for as long as you don't have a negative test result," he told the Bild am Sonntag newspaper.

"And anyone who goes to Spain despite the warning should protect themselves and others while on holiday," Spahn added. "A party vacation would be irresponsible during the pandemic."

German travel agents supposedly will cancel any holiday plans for the time that the designation lasts, offering refunds to travelers who no longer wish to travel.

Germany’s “risk area” designation now covers most non-EU countries, including the United States, and several regions within the 27-nation bloc.