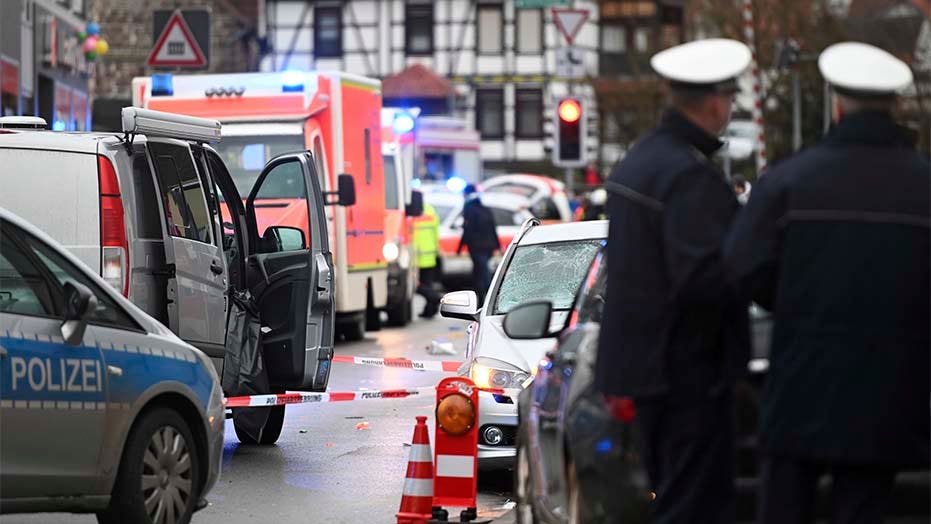 The German man accused of driving his car through a crowd celebrating Carnival earlier this week is now being investigated on suspicion of attempted murder, prosecutors revealed Wednesday.

Authorities said 61 people -- including 20 children -- were injured when the man plowed into a crowd watching the traditional “Rose Monday” procession in the central German town of Volkmarsen on Monday. The 29-year-old driver suffered serious injuries in the crash, and although he hasn’t been publicly identified, he is said to be one of the town’s residents.

Prosecutors noted Wednesday they are still investigating the driver's motive, but alleged he drove his car “into a large group of people with the intention to kill,” the Associated Press reports.

Police and rescue workers stand next to the scene of the incident in Volkmarsen, Germany, on Monday. (AP/dpi)

“This is a terrible act committed against people who simply wanted to celebrate Carnival,” Peter Beuth, the interior minister for the state of Hesse, where Volkmarsen is located, said earlier in the week.

Those injured ranged in age from 2 to 85. As of Wednesday, 35 remained hospitalized, some with life-threatening injuries.

Meanwhile, a German court approved a prosecutor's request to detain the suspect for the duration of the investigation.

The car was intentionally driven into the crowd, police say. (AP)

Chancellor Angela Merkel has sent her condolences to those injured in the crash, wishing them a speedy and full recovery. She also thanked the police and all medical personnel involved.