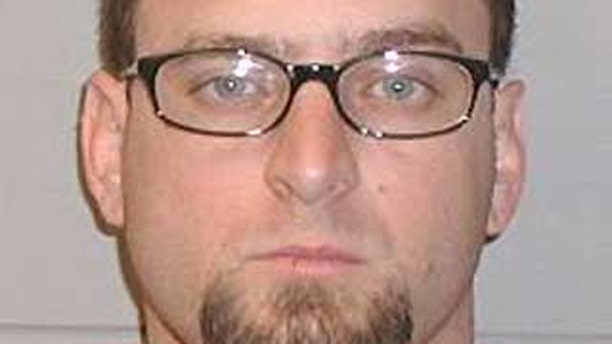 Argentinean authorities captured one of the U.S. Marshals 15 most wanted fugitives in Buenos Aires on Thursday, a man accused of the brutal killing of an Arizona woman.

Paul Merle Eischeid, 39, is a former Charles Schwab strockbroker who was sought in connection with the murder of the Phoenix-area woman, Cynthia Garcia. Eischeid was wanted by federal authorities on charges of drug trafficking and racketeering. He is a member of the Hell’s Angels Motorcycle Club.

The U.S. Marshals Service was contacted in 2007 to apprehend Eischeid for questioning in the 2001 murder of Garcia. She allegedly was attacked at a Hell’s Angels party, thrown in the trunk of a car and taken to the desert, where she was stabbed and left for dead, according to David Gonzales, U.S. Marshal for the Arizona district.

“Eischeid’s crimes were horrendous, and his potential for continued violence made his arrest a priority for the U.S. Marshals,” said Stacia A. Hylton, director of the U.S. Marshal Service.

“His capture is both significant and rewarding, and we thank our domestic and international partners for their tireless persistence in bringing this fugitive to justice.”

The U.S. Marshals added Eischeid to its 15 Most Wanted List in 2007 because he faces charges for one of the most grisly crimes in recent American criminal history and was said to pose a serious threat to anyone who crossed his path.

Eischeid had been arrested in 2003 for drug trafficking and RICO violations, including counts of kidnapping and murder. However, he was released on his personal recognizance because of his stockbroker career and his relatively clean criminal record.