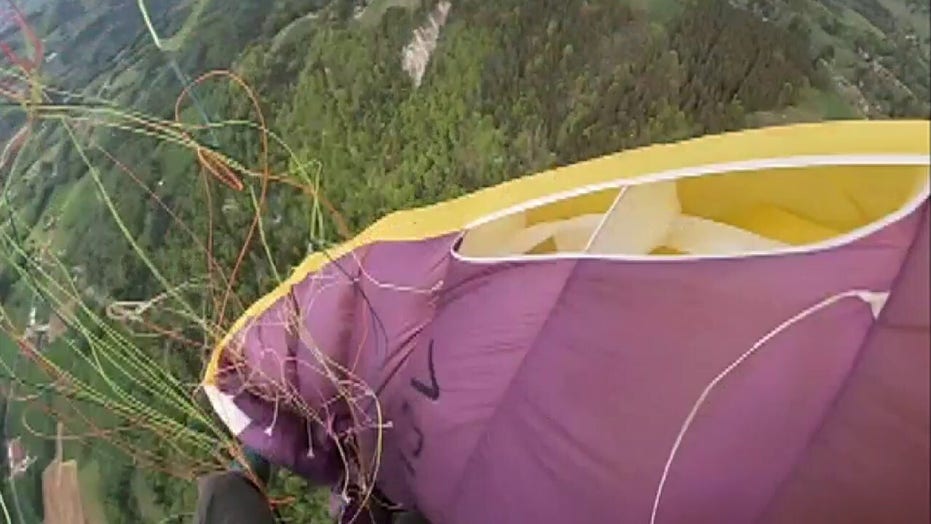 Raw video: Paraglider gets caught in own parachute, tumbles to the ground

French paraglider released the heart-stopping footage where he becomes tangled in his parachute and drops to the ground.

The video, from March 6, captured a minute of descent, during which the sportsman, who chose to remain anonymous, turned the wrong way and ended up tangled with his chute. He eventually pulls the emergency parachute and regains control.

“It took me several days to realize what had happened as I was in a state of shock, I didn’t realize,” he told Newsflare. “I now realize how lucky I was.”

“I am 32 years old and I have been adventuring for 15 or 16 years,” he said. “I am also a kayak instructor, mountain bike instructor -- I supervise the groups. And I am aware of the risks, I like to push my limits and I take all the precautions, but sometimes things go wrong.”

“I landed in a meadow between two forests without any injury or material damage, as if an angel had protected me," he added.

The U.S. Hang Gliding and Paragliding Association reported that a few fatalities occur each year from accidents during operation. In 2000, there were 43 reports of accidents, which the association cited as a “typical number” of incidents, with as few as one in four accidents actually being reported.