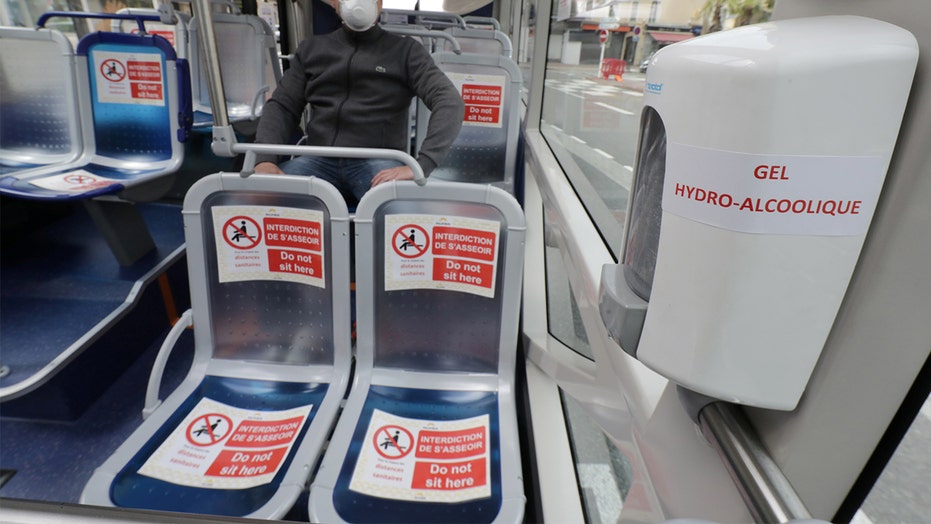 A French bus driver was declared brain dead Monday after he was attacked by several people he refused to let aboard because they were not wearing face masks, according to media reports.

The attackers tried boarding the bus in Bayonne, near the French Atlantic coast, on Sunday night without tickets or masks, which are mandatory when taking public transportation in the country, the AFP news agency reported.

The driver, identified by the New York Post as Philippe Monguillot, 58, was dragged off the bus and kicked and beaten before the group fled, according to reports.

“They just assumed they could all get on and do what they want, but the driver had to do his job,” a law enforcement official told the Daily Mail.

Five people have been arrested for their alleged role in the incident. Their identities were not released.

Bayonne Mayor Claude Olive said Monguillot "was a wonderful person who should have been protected," according to the Post. He called the attack a "barbaric act" and said the city was working to improve safety conditions for drivers.

Bus operations in the region have been disrupted after several drivers refused to work after the incident, the BBC reported.