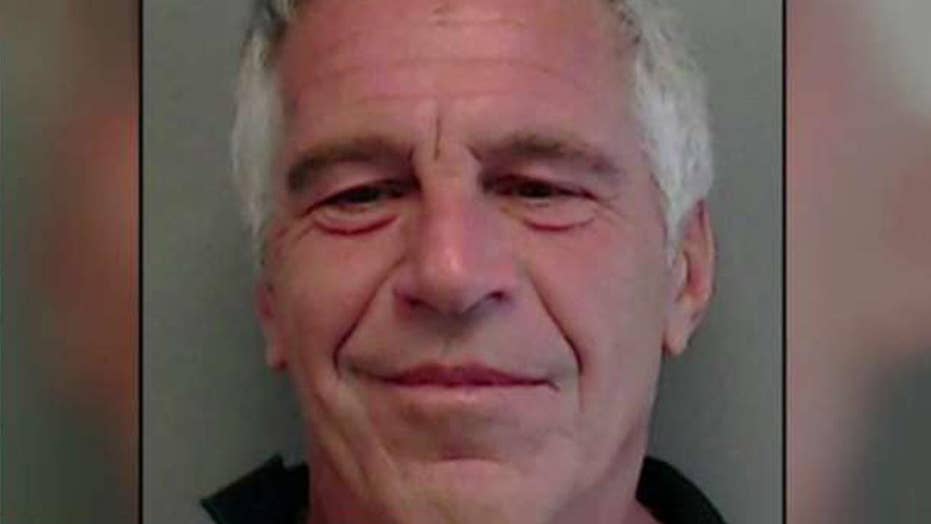 The director is standing down after admitting to taking over 1.5 million dollars from Epstein, for himself and the media lab.

French police revealed Wednesday they have interviewed three people claiming to be victims of Jeffrey Epstein’s alleged sexual exploitation and are urging any others to come forward.

In an appeal posted Wednesday morning on Twitter, French police provided a phone number and an interior ministry email address for victims and witnesses to use to assist in an ongoing investigation that started nearly three weeks ago.

Three victims who have already come forward were interviewed by French investigators in August and earlier this month, the last as recently as Monday, the Paris prosecutor's office said.

Besides French police, a France-based advocacy group called Innocence in Danger also has been gathering testimony linked to the Epstein case. It says about 10 women have come forward for its effort.

Epstein, a financial magnate who rubbed shoulders with the elite and politically powerful, maintained an apartment at a luxury Paris address near the Arc de Triomphe. He killed himself Aug. 10 in the Metropolitan Correctional Center in New York City while awaiting trial on sex-trafficking charges. Numerous women in the United States allege they were sexually abused by Epstein.

The French investigation is broadly probing possible charges of rape of minors 15 and older, sexual aggression and criminal association. Prosecutors haven't yet named any suspects. The aim is to uncover eventual infractions in France as well as on any French victims abroad and to determine whether any French nationals were linked to crimes.

A statement by prosecutor Remy Heitz in late August said the decision to open a preliminary investigation was based on "elements transmitted" to his office and "exchanges with American authorities, competent in the so-called Epstein affair."

Among those of potential interest to French investigators is Jean-Luc Brunel, a French modeling agent and frequent companion of Epstein who has disappeared from public view following the disgraced financier's arrest in early July.

The whereabouts of French modeling agent Jean-Luc Brunel, who has been accused as a 'procurer' for Jeffrey Epstein to abuse young girls, is unknown amid a deepening investigation.

JAIL WHERE EPSTEIN DIED HAS HISTORY OF SECURITY BREACHES

Flight logs showed that Brunel traveled on Epstein’s private planes at least 25 times between 1998 and 2005. Visitor logs showed Brunel also visited his friend some 67 times while Epstein served a brief sentence in a Florida county jail as part of a controversial 2008 plea deal over charges of soliciting a minor.

According to 2011 court filings based on accusers’ testimonies, Brunel was one of Epstein’s “closest pals” and he left disturbing voice messages for the repudiated financier. In one voicemail he allegedly indicated that he had a “non-blonde Russian teacher,” adding that was “2 x 8 years old” and that Epstein could have her first. The wording subsequently raised the question, in the lawsuit, if the girl allegedly being procured was just 8 years old or 16 years old, or if there were two 8-year-olds.

This past weekend, a 46-year-old Dutch woman sent a letter to Heitz alleging that Brunel drugged and raped her inside his Paris apartment in the early 1990s, just after she turned 18 years old, the AFP reported.

Video obtained by Fox News gives an inside look at the Palm Beach mansion of convicted sex offender Jeffrey Epstein. The footage, taken during a 2005 police raid of the residence, showcases Epstein's bizarre taste in art which is displayed throughout the house.

"The events are beyond the statute of limitations, and my client knows this will not lead to charges against Brunel,” her lawyer told the news agency. "But she wanted to testify anyway, to help the inquiry move forward.”

Brunel has long denied his involvement with any wrongdoing stemming from his relationship with Epstein. But his denials have been met with some skepticism, as accusers have previously alleged Brunel's “scouting” entailed procuring underage models for Epstein to abuse.

Convicted sex offender Jeffery Epstein was well known for rubbing elbows with the rich and famous. As seen in footage from a 2005 police raid of his Palm Beach mansion, some photographs appear to show world leaders, including Pope John Paul II and Cuba's Fidel Castro.

One of the women who accused Epstein of sexually abusing her when she was a teenager, Virginia Giuffre, has claimed that she also had sex with Brunel, along with a long list of other prominent men, including Britain's Prince Andrew. All of those men have denied her allegations.

Epstein, likewise, had denied all charges against him. He faced up to 45 years behind bars on federal sex trafficking and conspiracy charges and had pleaded not guilty before his death.

Fox News’ Hollie McKay and the Associated Press contributed to this report.