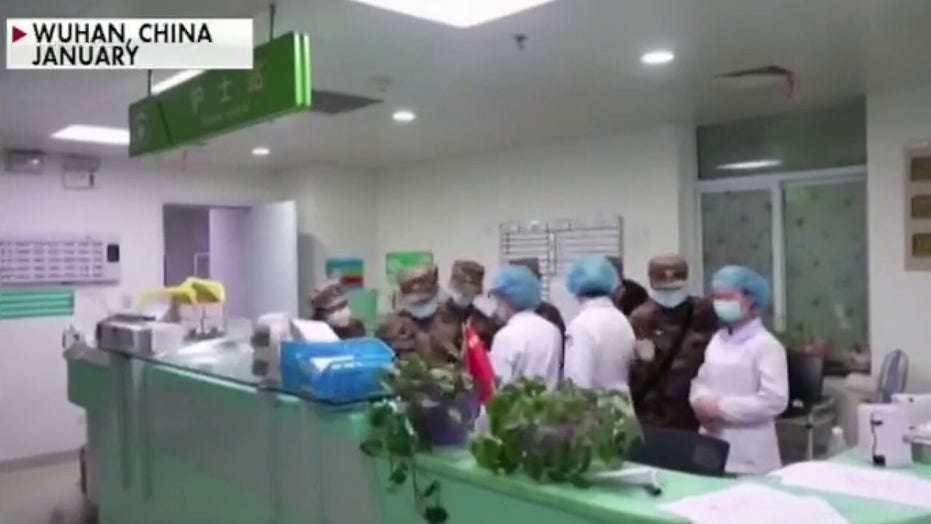 WHO admits China did not self-report its coronavirus outbreak

The World Health Organization says it learned of the outbreak from media reports and accounts by Wuhan doctors posted to a U.S.-based website; reaction from Fox News contributor Dr. Marc Siegel.

Europe is lamenting the formal Trump administration notification of its withdrawal from the World Health Organization (WHO) while pledging to work to reform the United Nations health agency.

German Health Minister Jens Spahn said the move by America, the WHO’s largest contributor, amid the coronavirus pandemic is a “setback for international cooperation.”

Spahn said on Twitter that more global cooperation -- not less -- is needed to fight pandemics, adding: “European states will initiate #WHO reforms.”

“What we need today is more multilateralism and less national sovereignty as a guarantee for protecting our citizens, even if that means that we go against what others have said in other parts of the world,” González Laya told reporters. “Let’s not get carried away by siren songs.”

Dr. David Heymann, an American who is a former senior director at WHO, said he was “very disappointed” by the United States' decision to exit the agency. He said he expects Germany and other countries to step forward if the U.S. funding and expertise that has benefited the agency ends.

“As much as it would be terrible if the U.S. leaves WHO and leaves (with) that expertise it has provided throughout the years, the WHO would continue to function,” Heymann said.

The United Nations and the U.S. State Department said Tuesday that the Trump administration had formally notified the U.N. that the United States would leave the WHO next year.

The notification, which could be rescinded by a new administration or if circumstances change, makes good on President Trump’s vow in late May to terminate U.S. participation in the WHO. Trump has criticized the U.N. health agency for its response to the COVID-19 outbreak and accused its officials of bowing to China.

The U.N.-backed global health body faced renewed scrutiny when it quietly changed its public coronavirus timeline to say it had initially heard of the virus from the internet, not from Beijing officials as it had long insisted.

According to multiple reports, the revisions were made on the WHO website on June 29, adding fuel to the fire that the Chinese leadership long purported to cover up COVID-19 -- and that the WHO assisted them in doing so.

The U.S. provides WHO with more than $450 million in funding per year and currently owes some $200 million in current and past dues.

“As the biggest contributor so far, the U.S. leaves a big vacuum,” Hardt said. “It is foreseeable that China above all will try to fill this vacuum itself. That will further complicate necessary reforms in the organization.”

“It is all the more important that the EU uses its political weight and strengthens its involvement in the WHO as in other international organizations,” he added.

Earlier Wednesday, Chinese Foreign Ministry Spokesperson Zhao Lijian defended the WHO and said the U.S. move was “another demonstration of the U.S. pursuing unilateralism, withdrawing from groups and breaking contracts.”

Global health experts warned that no other agency could do what WHO does and that the U.S. departure would severely weaken it and public health more broadly.

“It is unthinkable and highly irresponsible to withdraw funding from the WHO during one of the greatest health challenges of our lifetime,” Dr. Jeremy Farrar, director of Britain’s Wellcome Trust, said. “Health leaders in the USA bring tremendous technical expertise, leadership and influence, and their loss from the world stage will have catastrophic implications, leaving the U.S. and global health weaker as a result.”