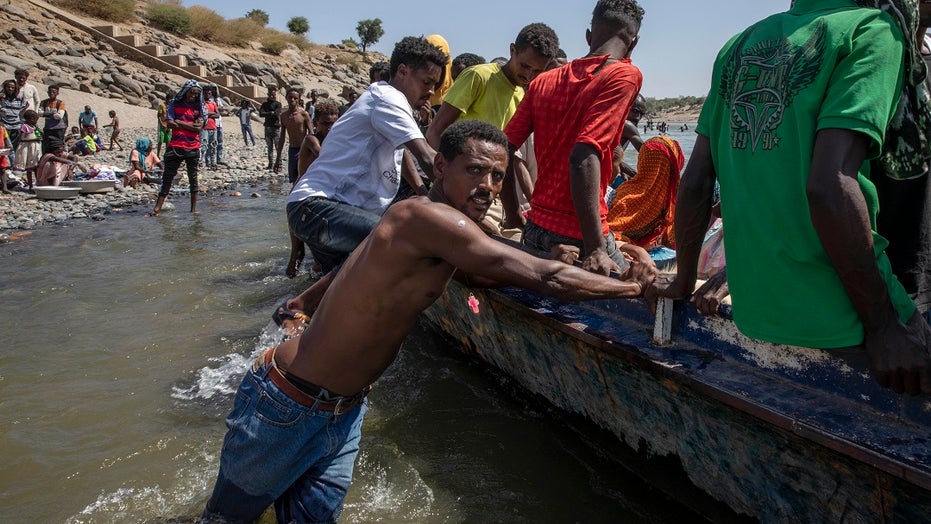 NAIROBI, Kenya — Alarm spiraled Tuesday over Ethiopia’s imminent tank attack on the capital of the defiant Tigray region and its population of half a million people, while the U.N. Security Council met for the first time on the three-week-old conflict amid warnings that food in the region is running out.

Prime Minister Abiy Ahmed’s 72-hour ultimatum for the region’s leaders to surrender ends on Wednesday. His military has warned civilians of “no mercy” if they don’t move away in time – which some rights groups and diplomats say could violate international law.

“The highly aggressive rhetoric on both sides regarding the fight for Mekele is dangerously provocative and risks placing already vulnerable and frightened civilians in grave danger,” United Nations human rights chief Michelle Bachelet said. The allegation that Tigray leaders were hiding among civilians “does not then give the Ethiopians state carte blanche to respond with the use of artillery in densely populated areas.”

A year before taking power in Ethiopia and introducing reforms to win the Nobel Peace Prize, Abiy successfully defended a PhD thesis in conflict resolution. Now he sits in Africa’s diplomatic capital, home of the African Union, and rejects calls for dialogue.

Meanwhile, a powerful voice in diplomatic efforts, the United States, is in disarray as the Trump administration focuses on internal politics after losing the November election — and after President Donald Trump infuriated Ethiopia with comments on a separate issue this year.

The diplomatic vacuum has brought Ethiopia, one of Africa’s most powerful and populous countries, to what Amnesty International calls “the brink of a deadly escalation.”

Tigray refugees who fled the conflict in the Ethiopia's Tigray ride a boat on the banks of the Tekeze River on the Sudan-Ethiopia border, in Hamdayet, eastern Sudanon Saturday. The U.N. refugee agency says Ethiopia's growing conflict has resulted in thousands fleeing from the Tigray region into Sudan as fighting spilled beyond Ethiopia's borders and threatened to inflame the Horn of Africa region. (AP Photo/Nariman El-Mofty)

Just ahead of the assault on Mekele, the U.N. Security Council met behind closed doors on Tuesday to discuss the situation in Ethiopia for the first time. Members expressed support for the new AU-led envoy effort, one council diplomat said, speaking on condition of anonymity to discuss the conversation.

But in an unusually public disagreement, Ethiopia said the envoys would meet with Abiy and not the Tigray leaders.

“All possible scenarios will be on the table to talk, except bringing the gang to the table as a legitimate entity,” senior Ethiopian official Redwan Hussein told reporters. Abiy’s government insists the leaders of the Tigray People’s Liberation Front are criminals on the run.

Former Prime Minister Hailemariam Desalegn, writing in Foreign Policy, warns against internationally brokered “superficial dialogues” that could reward the TPLF leaders with impunity and lead other restive ethnic groups to think that “violence pays off.”

The TPLF dominated Ethiopia’s government for more than a quarter-century, but was sidelined after Abiy took office in 2018 and sought to centralize power in a country long ruled along ethnic lines. The TPLF opted out when Abiy dissolved the ruling coalition, then infuriated the federal government by holding an election in September after national elections were postponed by COVID-19. Each side now regards the other as illegal.

Meanwhile, hundreds if not thousands of people have been killed, some 40,000 people have fled into Sudan and the U.N. says 2 million people in the sealed-off Tigray region urgently need help. That number has doubled in three weeks.

“We haven’t been able to send any supplies since the beginning of the conflict, and this is due to blockage from all parties,” U.N. humanitarian spokesman Saviano Abreu told The Associated Press. One week of food is left for almost 100,000 Eritrean refugees inside Tigray, he said, and within hours fuel will run out to pump clean water to drink.

“People in Tigray are terrified,” he said.

With the crisis exploding, some were dismayed to hear the top U.S. diplomat for Africa, Tibor Nagy, repeat Washington’s stance that the TPLF was to blame for seeking to depose Abiy — and yet assert that the U.S. had little information from inside the Tigray region with communications severed.

The U.S. stance is notably different from other high-profile pleas, which urge both sides for an immediate de-escalation without assigning blame.

Mediation is “not a goal in itself. I mean, our goal is a quick end to the conflict,” Nagy told reporters late last week. The U.S. ambassador to Ethiopia, Michael Raynor, added that in his discussions with Abiy and the Tigray leader, Debretsion Gebremichael, “there was a strong commitment on both sides to see the military conflict through.”

Tigray refugees who fled the conflict in the Ethiopia's Tigray arrive with their donkey on the banks of the Tekeze River on the Sudan-Ethiopia border, in Hamdayet, eastern Sudan. (AP Photo/Nariman El-Mofty)

Cameron Hudson, former director for African Affairs on the National Security Council and a senior fellow at the Atlantic Council think tank, told the AP he found the U.S. idea that mediation is not the goal “flabbergasting.” “When you’re making absolutely no headway, then you have to have incremental steps,” he said.

There appear to be no “trust but verify elements” in the U.S. stance, Hudson added.

“We have the largest drone base in Africa 500 miles from where the fighting is being carried out,” he said, referring to the U.S. military base in neighboring Djibouti. Its use against al-Shabab extremists in Somalia is “not so intensive at this stage we cannot spare some of the assets in that theater to help us ascertain what’s happening inside Tigray unless we have decided ... we don’t want to find out for ourselves.”

Hudson said it seems the State Department is trying to restore U.S. credibility with Abiy, and regain leverage, after Trump did “significant damage” with a campaign to punish Ethiopia for its stance in a dispute with Egypt over building a massive dam on the Blue Nile. In a rare intervention on an African issue, Trump told the State Department to suspend millions of dollars of aid to Ethiopia and asserted that Egypt would “blow up” the dam.

Now there are signs that others in the Trump administration are pushing for dialogue, and fast. The National Security Council overnight tweeted: “The United States calls for mediation in Ethiopia and supports the efforts led by Cyril Ramaphosa and the African Union to end this tragic conflict now.”

President-elect Joe Biden’s nominee for secretary of state, Antony Blinken, urged last week that “the TPLF and Ethiopian authorities should take urgent steps to end the conflict.” His office said he was not available to comment.

But where Ethiopia will be by the time Biden takes office two months from now is unknown.