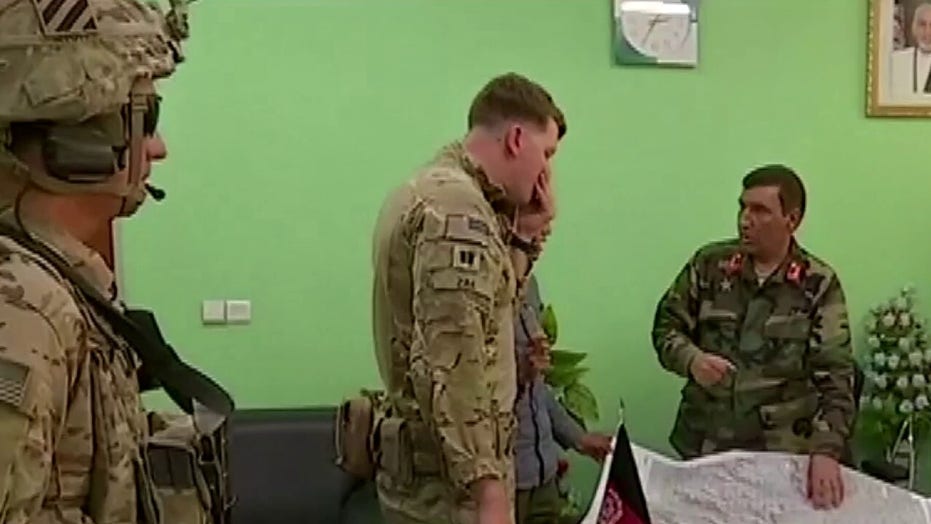 US, Taliban reach truce agreement calling for 'reduction in violence'

American and Taliban officials have agreed to sign a truce agreement that will see a seven-day ‘reduction in violence’ in Afghanistan, in addition to possible U.S. troop withdrawals; Fox News correspondent Mike Tobin reports.

A new U.S. deal with the Taliban could see a reduction in violence by Monday but Defense Secretary Mark Esper is cautiously optimistic about its effectiveness.

Esper said on Saturday the deal "looks very promising" and could lead to American troops' withdrawal from Afghanistan. He was speaking at the Munich Security Conference just a day before the deal's expected announcement.

The deal was negotiated between the U.S. special envoy for Afghanistan Zalmay Khalilzad and the Taliban, Esper said. The top defense official warned that political agreements involved risk.

“It’s my view as well that we have to give peace a chance, that the best if not the only way forward in Afghanistan is through a political agreement and that means taking some risk,” Esper said.

“That means enabling our diplomats and that means working together with our partners and allies on the ground to affect such a thing."

Afghan President Ashraf Ghani hasn't spoken publicly about the agreement, but according to Esper, he is "fully on board."

“He wants to lead his part of the process, which if we get to that would be a peace deal that would involve very soon afterward an inter-Afghan negotiation," Esper said. "He wants to be clearly a full partner in that and wants to lead on that and make sure that all Afghans come together.”

Esper told reporters that the U.S. troop levels could be reduced to about 8,600 -- from 12,000 currently in the country --  if the 7-day truce is successful. However, the Defense Department said counterterrorism operations will continue in the country.

"Under any agreement, General Miller retains the authorities necessary to protect U.S. national security interests, including the authorities and capabilities to strike ISIS-K and al-Qaida,“ Pentagon spokeswoman Alyssa Farah said. Esper declined to say whether the U.S. had agreed to cut its troop levels in Afghanistan to zero.

Separately on Saturday, NATO chief Jens Stoltenberg told the security conference that he also supported the plan but stressed that the alliance's mission in Afghanistan would continue in the short- and medium-term.

“We are not leaving Afghanistan but we are prepared to adjust our force level if the Taliban demonstrates the will and the capability to reduce violence and make real compromises that could pave the way for negotiations among Afghans for sustainable peace," he said.