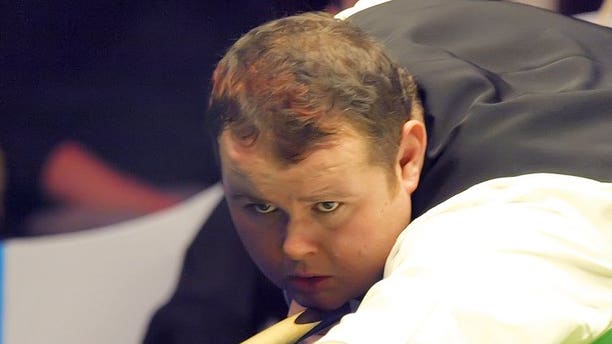 England's Stephen Lee was give a record 12-year ban on Wednesday after being found guilty of seven charges of match-fixing, snooker's world governing body announced.

The 38-year-old Lee, the former world number five, was found guilty by an independent tribunal last week of match-fixing charges relating to seven matches in 2008 and 2009 and the sanction imposed Wednesday.

"The suspension is to be calculated from 12 October 2012, when the interim suspension was imposed. Therefore Stephen Lee will not be able to participate in snooker before 12 October 2024," said a statement issued by the World Professional Billiards and Snooker Association (WPBSA), the sport's global governing body.

The WPBSA had been seeking a life ban but disciplinary chief Nigel Mawer insisted a 12-year-ban was effectively the same thing as he thought it unlikely Lee would return to top-level snooker.

"We did say we were seeking a life ban because it was seven matches that had been fixed including during the world championships," Mawer said.

"But in effect it is a life ban because I think it is highly unlikely that Stephen Lee will be able to come back to the sport at this level.

"To my knowledge this is the longest ban ever handed down and there are ??40,000 costs to pay too if he ever wants to come back."

WPBSA chairman Jason Ferguson added: "We take no pride in having to deal with such serious issues.

"However this demonstrates our commitment to ensuring that snooker is free from corruption.

"It is an important part of our anti-corruption approach that players found to be involved in fixing matches or any aspect of a match are severely dealt with.

"We work closely with partners globally and the message we are sending is that if you get involved in match fixing you will be found out and removed from the sport."

Lee has the right of appeal under WPBSA rules.

In his judgement, Lewis noted that life-bans were not part of the disciplinary rules at the time of Lee's offences but that he had the discretion to impose such a punishment.

However, he also said Lee was now in a "financially perilous state".

Lewis added: "In all the circumstances, I do not regard a life-time ban as proportionate, or as necessary in order to deter.

"On the other hand, I do regard a ban of a lengthy period to be both necessary in order to deter and as proportionate in the circumstances of the case."

Lee's case is the biggest match-fixing scandal to hit snooker since Australia's Quinten Hann was suspended for eight years in 2006 after he was caught in a sting by undercover reporters where he agreed to lose a game at the China Open in return for money.

Last year, Joe Jogia was banned for two years after the WPBSA found him guilty of breaching betting rules.