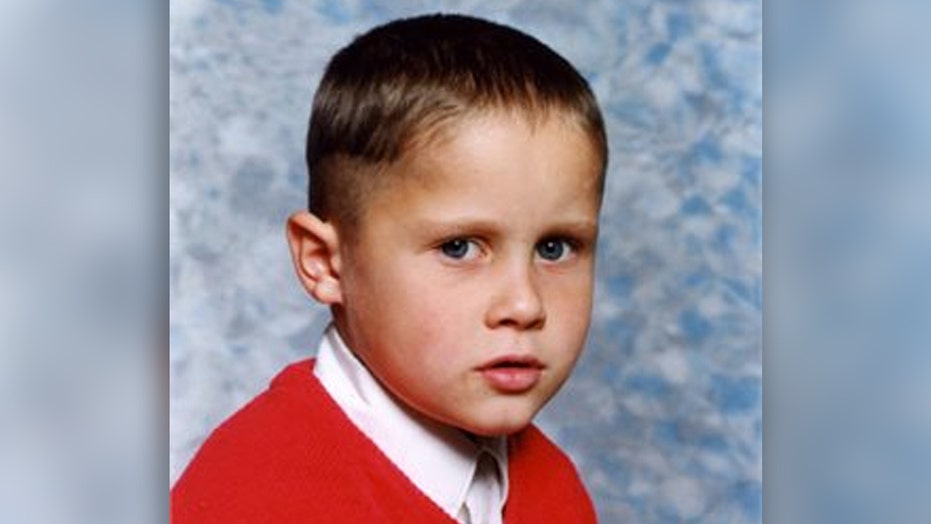 Police in England announced on Monday an arrest in a sensational cold case — the strangulation murder of a 6-year-old school boy more than 25 years ago.

Little Rikki Neave never made it to school on Nov. 28, 1994, in Peterborough. Authorities said his naked body was found the next day — a five-minute walk from his home.

A 38-year-old man, James Watson, was charged Monday morning with the boy’s murder by Cambridgeshire Police.

Watson was 13 at the time of the murder.

POSTCARDS MAY PROVIDE 'SIGNIFICANT' CLUES IN COLD CASE OF US MOTHER KILLED IN UK, POLICE SAY

"This decision was made following careful consideration of all the evidence presented to us by Cambridgeshire Constabulary as a result of their cold case review and subsequent lengthy and complex investigation,” Chief Crown Prosecutor Chris Long said, according to the Cambs Times.

Rikki Neave, 6, was strangled on his way to school in Peterborough, England, more than 25 years ago.

Rikki’s mother Ruth Neave stood trial for his murder in 1996, but she was later cleared of the killing and instead found guilty of child neglect and jailed for seven years, according to the paper.

Previously, the paper reported that the investigation into Rikki's murder was reopened in 2015 after people came forward to report seeing Rikki with two teenage boys.

Watson was first arrested for Rikki’s murder in 2016, but then fled without a passport to Portugal while out on bail, according to reports at the time.

On the lam, he taunted police with photos showing him drinking, sunbathing and even posing naked, the Daily Telegraph reported at the time.

Eventually, he was arrested and extradited back to England, only to be released, with prosecutors saying in 2018 that there was "insufficient evidence" to prosecute him, according to reports.

Ruth Neave described to the Cambs Times in 2017 the toll her son's death has had on her.

"I have to live every day as it comes," she told the Cambs Times in 2017. "It is heartbreaking to believe that police got so near to finding my son's murderer but as each day, each week, and each month slips by it is getting harder to believe his killer will be found and brought to justice."