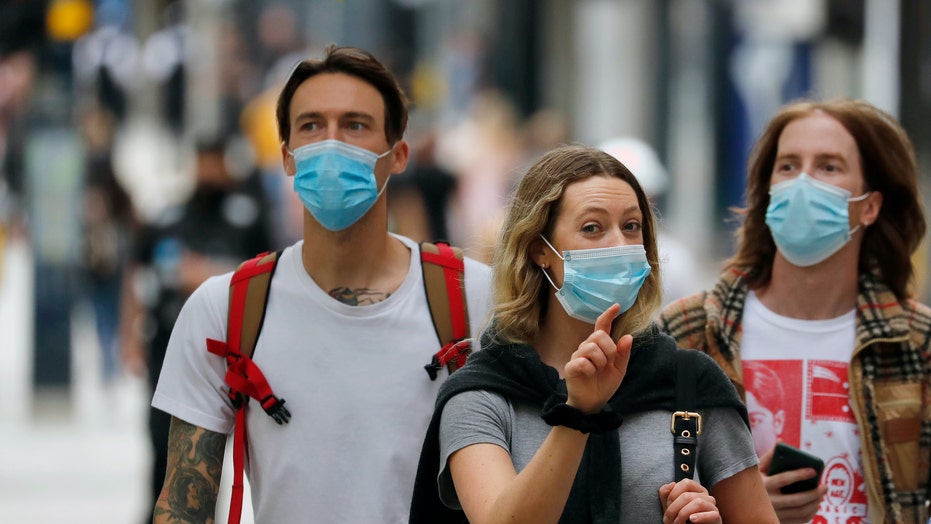 People in England who do not wear face coverings inside shops and supermarkets face upwards of $125 in fines later this month, according to new rules announced this week in an effort to prevent further coronavirus outbreaks.

Prime Minister Boris Johnson’s government announced Tuesday that masks – or any type of face-covering – will be compulsory in England starting July 24. It will be enforced by police officers – not retail staff – and any failure to comply could see fines of $125 or $63 if paid within 14 days. Shops can also refuse entry to anyone failing to comply.

Children under 11 and those with certain disabilities will be exempt.

Shoppers wearing protective face masks walk along Oxford Street in London, Tuesday, July 14, 2020. Britain’s government is demanding people wear face coverings in shops as it has sought to clarify its message after weeks of prevarication amid the COVID-19 pandemic. (AP Photo/Frank Augstein)

“In recent weeks, we have reopened retail and footfall is rising,” British Health Secretary Matt Hancock told lawmakers in the House of Commons Tuesday. “We want to give people more confidence to shop safely and enhance protection for those who work in shops.”

People in England already have to wear face coverings on public transport and in hospital settings. 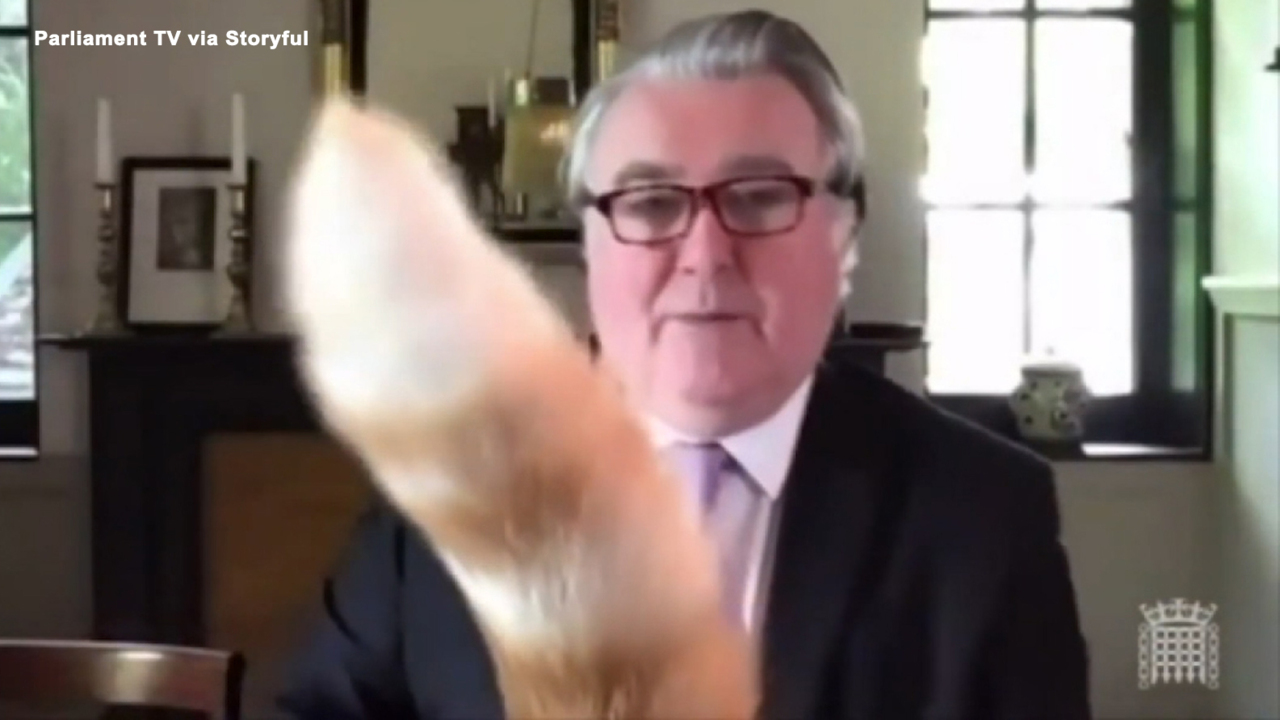 The pet cat of a member of UK’s parliament took over the show when he appeared during a live virtual committee meeting.

The new requirement only applies to England. The other nations of the U.K. – Scotland, Wales, and Northern Ireland – can determine their own public health policies. Scotland already requires masks in shops.

Johnson, who in April spent a week in the hospital being treated for COVID-19, began wearing a bright blue mask in public last week.

British authorities are hoping the public will comply with the new requirement.

London Mayor Sadiq Khan told the BBC he believed that "Londoners by and large will follow the rules,” without too much need for police.

“The problem is not the issue of enforcement, the problem is the mixed messages and the confused communications,” he added.

The wearing of face coverings has become compulsory in dozens of countries – including France, Germany, Spain, Italy and Greece, which now require coverings to be worn in public places.

A woman and child wearing face masks past a coronavirus related artwork displayed on screens in the window of the Flannels clothing store on Oxford Street, in central London, Thursday, May 21, 2020. (AP Photo/Matt Dunham)

A growing body of evidence suggests wearing face coverings brings some benefit in preventing the spread of the virus.

“Lack of strong evidence of their effectiveness should not be considered a problem but the evidence is accumulating that they have a part to play in reducing transmission and also in protecting the wearer," said Keith Neal, an epidemiologist at the University of Nottingham.

Since the start of the coronavirus pandemic, the United Kingdom has recorded more than 293,000 positive cases and more than 45,000 fatalities. Most of the cases have been seen in England, according to Johns Hopkins University.