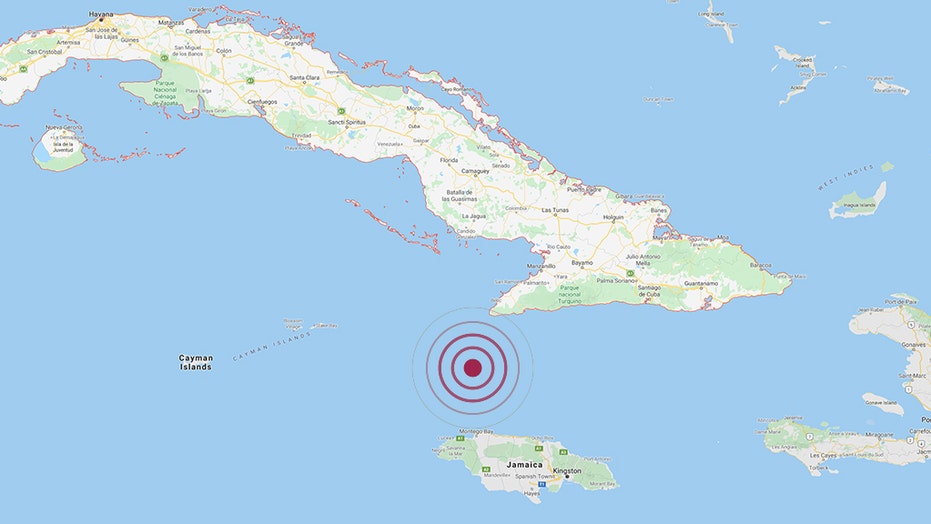 An earthquake with a magnitude of 7.7 struck between Cuba and Jamaica Tuesday afternoon, with shaking reported as far north as Miami.

The quake hit to the south of Cuba and to the northwest of Jamaica, but it was initially unclear if there were any injuries or damages.

Floridians felt the effects in Southwest Miami-Dade where the Datran building in the Dadeland area started shaking, Fox 7 reported. Authorities evacuated the building, but no visible damage was detected.

Other buildings in the Brickell and downtown areas were vacated along with The Stephen P. Clark Government Center. There were no initial reports of damage or injuries in the area.

It was also felt at the U.S. Navy base at Guantanamo Bay, Cuba, on the southeastern coast of the island. There were no immediate reports of injuries or damages, said J. Overton, a spokesman for the installation, which has a total population of about 6,000 people.

The quake triggered warnings of a tsunami that ultimately fizzled, according to The U.S. Geological Survey.

Its center was six miles beneath the surface, but the Pacific Tsunami Warning Center initially issued a threat forecast and said additional local alerts may follow.

"Waves are possible for coasts located within 300 kilometers of the earthquake epicenter along the coasts of Jamaica... [The] Cayman Islands and Cuba," the first message read.

As for safety measures, the center deferred to local government agencies on how to proceed but recommended that anyone along a coastline stay informed and vigilant. It also advised people to stay out of the water.

A second warning predicted the waves could reach three and a half feet above the tide level for some coasts of Belize, Cuba, Honduras, Mexico, The Cayman Islands and Jamaica. However, the center's final warning dispelled any fears of a tsunami.

"Based on all available data ... the tsunami threat from this earthquake has passed and there is no further threat," the update read.