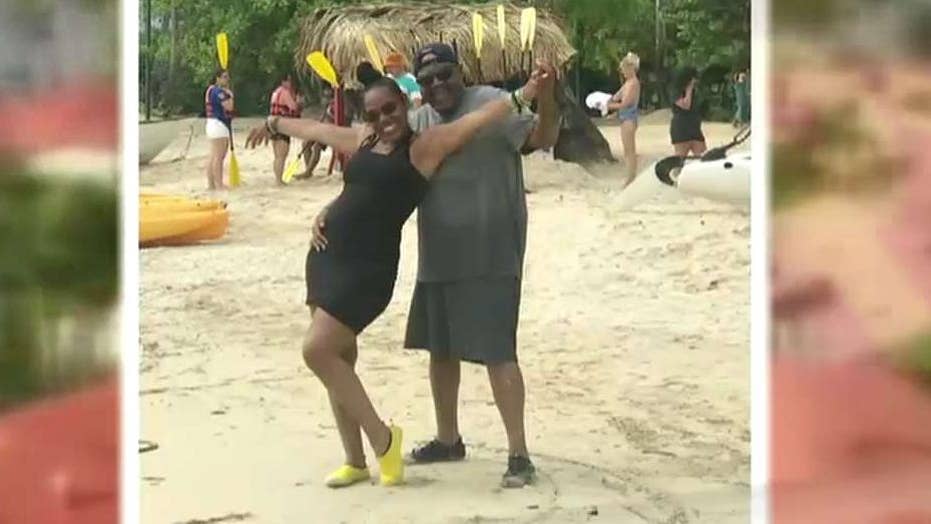 Fox News reporter Griff Jenkins gets snubbed by President Danilo Medina when asked about the recent deaths of Americans at resorts in his country.

Dominican tourism officials sought to reassure U.S. tourists Wednesday in a lengthy statement stressing that U.S. federal agents and health specialists are taking an active role investigating the rash of deaths of Americans vacationing on the popular Caribbean island.

The statement highlighted the role of the FBI in the investigation into the deaths, which involved people who were described as generally healthy and exhibiting no signs of illness prior to arriving at the resorts. Some had consumed beverages from the room minibar before becoming suddenly and critically ill.

The bureau is conducting its analysis of toxicology results for three of the six U.S. tourists in the agency’s Quantico Virginia labs, according to CBS News.

The three cases appear to be the most recent deaths, which occurred within five days in May at Bahia Principe resorts that are nearly adjacent to each other in La Romana. Miranda Schaup-Werner of Allentown, Penn. collapsed and died on May 25 after having a drink from her room's mini bar. Five days later, on May 30, a Maryland couple, Edward Holmes and Cynthia Day, were found dead in their room.

Dominican officials had said in a statement that the Centers for Disease Control and Prevention was assisting them in efforts to find what might have contributed to the deaths, but the CDC told Fox News that it has not received a request to help in the Dominican Republic.

Dominican authorities and resort officials have sought to downplay the significance of the deaths, suggesting that the tourists had died of natural causes. But preliminary results they reported that pointed at similar conditions, such as pulmonary edema -- where the lungs fill with fluid -- and heart attacks in some cases, prompted relatives to raise doubts and a lack of trust that they were being told the truth.

Meanwhile, following news that at least two U.S. tourists who stayed at their resort suddenly fell critically ill in their rooms and died in the last 12 months, the Hard Rock Hotel & Casino Punta Cana issued a public statement acknowledging the two tragedies and seeking to reassure the public that it is tightening oversight.

The spotlight on deaths of tourists broadened from the Bahia Principe resort group to the Hard Rock hotel after news that Robert Wallace of California died there in April after abruptly falling ill, and that last year David Harrison of Maryland also died suddenly.

In a statement to Fox News, hotel officials said they are “deeply saddened by these two unfortunate incidents, and we extend our sincerest sympathy to the families of Mr. Harrison and Mr. Wallace. We are currently waiting for official reports regarding these deaths.”

Fox News asked Hard Rock representatives on Sunday to comment on the two deaths, and to identify the companies they use to stock their minibars. Their statement did not answer the second question.

“We can assure you, the safety and health of our guests is now, and has always been our highest priority,” the Hard Rock statement said. “We currently implement beverage protocols, including purchasing sealed and unopened products from licensed and reputable vendors, as well as daily inspections of all products served throughout the hotel bars and in-room liquor dispensers.”

“Additionally, our team members are trained to inspect all supplies, equipment and products that enter the property,” it said. “Of course, we will continue to evaluate and recalibrate our protocols to strengthen and enhance guest safety.”

Hotel officials have not responded to a follow-up question by Fox News about when they implemented the protocol they described as their current one.

Fox News has received scores of emails from people who say they fell critically ill after having a drink at the hotel or from the minibar in their room. Several had stayed at Hard Rock resort. Asked to comment on the Hard Rock's statement, they expressed skepticism.

“On every occasion when I ordered drinks from the pool bar, the hotel lobby or casino bar the brand of liquor that I ordered was not served," said Kevin Galer, a Michigan resident who stayed there in May. "Several times I ordered Tito’s and soda for my wife and watched them pour the drink from a Tito’s bottle knowing 100 percent it was not Tito’s in that bottle. The same thing happened when I ordered a Johnnie Walker Black Label neat that was on display on the back bar shelf. The bartender grabbed the bottle, poured me the drink and what I received was a very low end, watered down tasting whiskey that was definitely not Johnnie Walker.

"There is no question in my mind that using premium brand name empty bottles is a routine practice to fool the tourist and save the hotel money. I can only imagine the lack of safe, sanitary conditions that these liquor bottles are refilled in and who is doing it.”

Robin Frank, a Pennsylvania lawyer who stayed at the resort in 2017, said in response to the Hard Rock statement:  "I traveled to the Hard Rock Hotel & Casino Punta Cana with a client in April 2017, and we thought it was an incredible resort until my client woke up alone in her room with multiple unexplained injuries, including several fractured ribs.  The response that we received from the resort was completely unsatisfactory, from being told by the resort staff that we had to pay cash for a taxi to take her to the local hospital, to their refusal to acknowledge our requests for a written incident report once we returned to the United States. "

Frank added: "Now that the FBI is providing some much-needed oversight, hopefully the families of Mr. Harrison and Mr. Wallace, along with any others who sustained injuries there, will receive the answers that they deserve in a timely manner.  A thorough investigation is needed to reveal what is causing these injuries and to ensure that additional safety measures are implemented in response. My client was 33 years old and in extremely good health at the time of travel, and two years later, she still has no idea what happened to her there."

The Dominican Tourism Ministry said it is working to improve quality control in food and beverages in tourist facilities, and to improve safety for visitors.