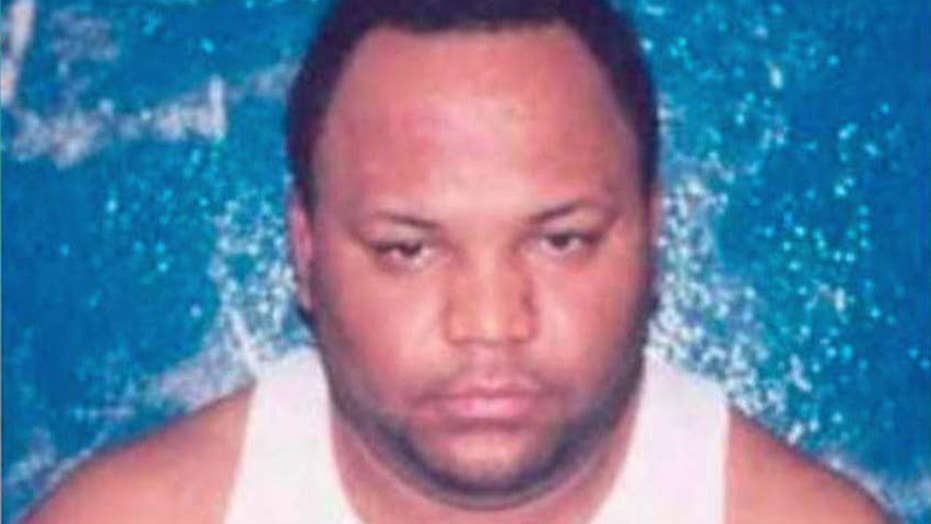 Cesar Emilio Peralta, the Dominican Republic's most notorious drug trafficker rumored to be involved in the shooting that wounded former MLB player David Ortiz, has been arrested on a U.S. warrant.

A purported drug kingpin who was rumored to be connected to the shooting of former Boston Red Sox slugger David Ortiz over the summer has been arrested in Colombia, Dominican investigators said.

César Emilio Peralta, also known as “César the Abuser,” was detained in Cartagena, Colombia, on Monday thanks to the cooperation between Dominican, Colombian and U.S. authorities, Dominican Attorney General Jean Rodríguez said.

The 44-year-old is accused of running a network that moved heroin and cocaine through Colombia, Venezuela, the Dominican Republic and the United States. He was wanted by Dominican authorities and the FBI.

Peralta’s name was mentioned after Ortiz was shot in the back at the Dial Bar and Lounge in Santo Domingo on the night of June 9. He was transported to Boston the following day after undergoing initial surgery in the Dominican Republic. He underwent several more surgeries before his release from the hospital in late July.

Investigators called the shooting a case of mistaken identity in a botched hit job targeting another man, Sixto David Fernández. The alleged mastermind behind the hit, Victor Hugo Gomez Vasquez, was arrested weeks after the shooting.

PLOT THAT WOUNDED ORTIZ UNRAVELED BECAUSE OF MANY MISTAKES

But before Vasquez’s arrest, he released a video denying involvement in the attack and claiming that Fernández had close ties to Peralta, without accusing anyone of the shooting, the Boston Globe reported.

The Dominican-born Ortiz had briefly owned an apartment in the same luxury building as Peralta and had sometimes crossed paths with the accused drug trafficker, the report said.

“No one in the Dominican Republic ever wanted to be an enemy of Peralta because everybody knew he was part of this [alleged] drug cartel,” Joe Baerlein, a spokesman for Ortiz, said over the summer.

Peralta has not been charged in the Ortiz case and authorities have not presented any evidence connecting him to the shooting.