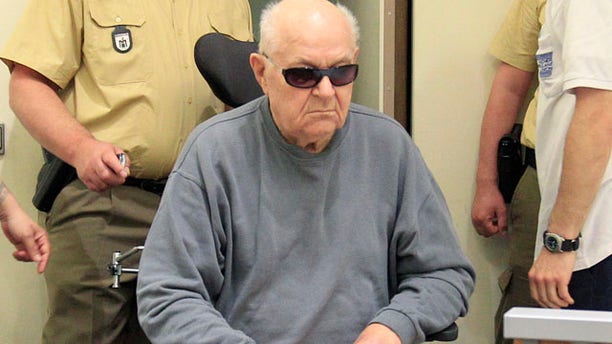 John Demjanjuk's lawyer argued Thursday that transcripts of interrogations by Soviet authorities of former Nazi death camp guards shouldn't be used as evidence because the suspects could have been tortured for their confessions.

The argument appeared aimed at excluding statements by a now-deceased former Sobibor guard who told Soviet interrogators he remembered Demjanjuk from the camp in Nazi-occupied Poland.

Demjanjuk served in the Red Army at the start of the war and is alleged to have then agreed to serve the Nazis after his capture.

In statements read to the court on Thursday, two former Soviet soldiers who had served as guards told Russian authorities years after the war that the confessions they had made in the immediate postwar period had been made under torture.

Defense attorney Ulrich Busch said their comments raise the possibility that all statements made to Soviet authorities were made under duress.

"These documents should not be permitted to be used as evidence," Busch told the court.

Earlier in the trial, the court heard summaries of statements from a 1949 interrogation in which ex-guard Ignat Danilchenko said he remembered Demjanjuk from the death camp.

"He wore a German Waffen SS uniform, he carried German weapons, he took part in the guarding of Jewish civilians, and he brought them to the gas chamber," Danilchenko said, according to the summary.

Trial prosecutor Hans-Joachim Lutz noted, however, that Danilchenko in later years had made no mention himself of being tortured, and that the statements of the others proved that they were not afraid to talk about it.

Still, doubt has been case on the Danilchenko statements in the past, with U.S. investigators saying they contain numerous factual errors.

And in March, German historian Dieter Pohl, who was called as an expert witness, said the statements should be treated with the "highest caution" because they came from a Soviet interrogation. He testified that it appeared Danilchenko was telling the interrogators what they wanted to hear.

Still, Presiding Judge Ralph Alt has ordered that the statements of former guards be read into the record, saying that the panel of judges hearing the case could then decide on their credibility.

He sounded a note of skepticism Thursday after hearing yet another statement from a former guard who told interrogators that, though he was officially a guard at a death camp, he had worked as a cook and had not participated in the Holocaust.

"Sometimes I get the impression that all of them were in the kitchens while the Jews were thrown into the gas chambers," Alt said.