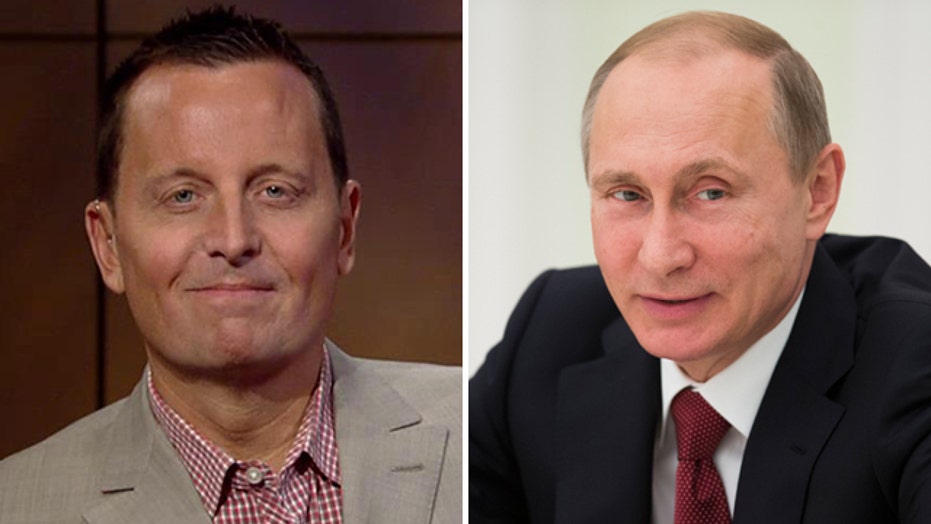 Russia denies that its military is involved in Ukraine

The closed-door meeting of about two dozen generals, ambassadors and other leaders, is aimed at assessing how effective the current economic sanctions and U.S.-backed military operations have been in deterring Russia.

And Carter will seek advice on whether the U.S. needs to expand military exercises or beef up assistance to other countries in the region who watched Russia annex Ukraine's Crimea peninsula last year and worry about the threat to their own homelands.

A senior U.S. official traveling with Carter provided details about the summit on condition of anonymity but was not authorized to discuss the meeting publicly.

This is the fourth summit Carter has convened since he took the top Pentagon post in February. And it closely mirrors one he called in Kuwait during his first week on the job to assess the U.S. strategy to counter the Islamic State in Iraq and Syria.

The meeting comes as a major battle erupted in eastern Ukraine on Wednesday, breaking the fragile, on-again, off-again cease fire agreement carved out in February. Both sides blamed the other for the latest spike in violence.

The Obama administration's Russia strategy has come under fire from critics who say that the slate of economic sanctions have failed to slow Moscow's support for rebel fighters in eastern Ukraine. And there are also persistent questions from within the administration, including from Carter, who suggest the U.S. should consider providing lethal weapons to Ukraine to help the fight.

Pentagon spokesman Brent Colburn said Carter's Friday summit will focus on Russia's actions over the past 18 months including its operations in Ukraine. But he said other issues, including the threat of Islamic State militants in the region, are also likely to come up.

The senior U.S. official said Carter wants to hear feedback on whether allies want more from the U.S. Over the past year, as part of Operation Atlantic Resolve, the Pentagon has increased troop rotations to the region, particularly the Baltics, and also provided other military support and training. Congress provided about $1 billion for the operations designed to bolster allies there.

The official said the meeting isn't likely to produce any immediate action or decisions but will help him develop advice for the White House. The session will also give Carter a broad base of information as he prepares for the coming meeting of NATO defense ministers later this month.

President Barack Obama is planning to be in Germany this week for the G-7 summit, and is expected to urge European leaders to renew sanctions against Russia that are set to expire this summer.

Russia's President Vladimir Putin is not invited to the G-7, as part of the punishment for his country's military backing of the separatists in Ukraine.