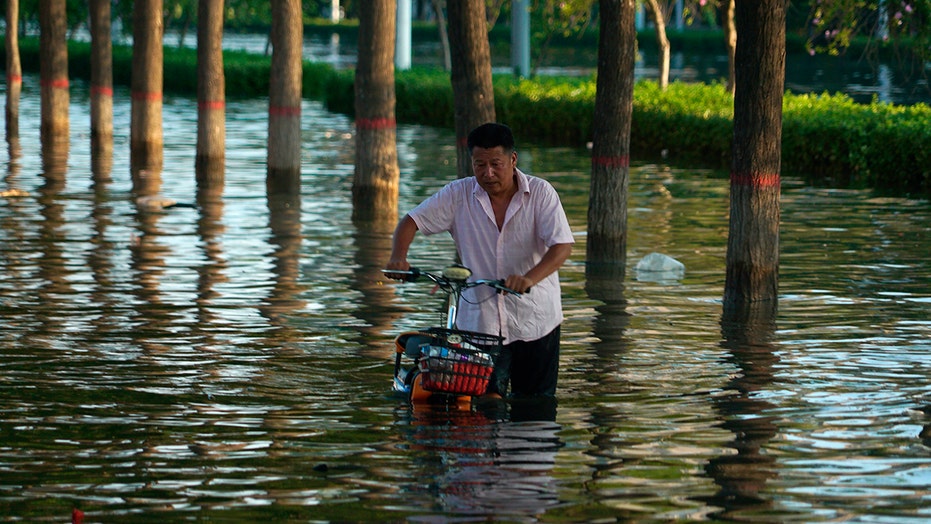 Chinese authorities have announced a large jump in the death toll from recent floods.

The vast majority of the victims were in Zhengzhou, the provincial capital, where 292 died and 47 are missing.

UK WEATHER: WARNINGS REMAIN AFTER HOMES, ROADS AND HOSPITALS IN ENGLAND FLOODED IN DELUGE OF RAIN

Ten others died in three other cities, officials said at a news conference.