Death toll in Mozambique from Cyclone Idai rises to 446 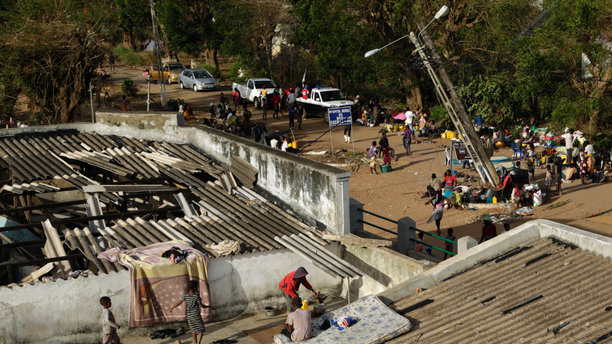 Displaced families set up their bedding on top of the roof in Buzi district, 200 kilometers (120 miles) outside Beira, Mozambique, on Saturday, March 23, 2019. A second week has begun with efforts to find and help some tens of thousands of people in devastated parts of southern Africa, with some hundreds dead and an unknown number of people still missing. (AP Photo/Themba Hadebe)

Authorities say the death toll in Mozambique from Cyclone Idai is now 446.

Environment minister Celso Correia said Sunday that nearly 110,000 people are now in camps more than a week after Cyclone Idai hit. As rescue efforts wind down, aid workers across the vast region are bracing for the spread of disease.

"We'll have cholera for sure," Correia said, though no cases have yet been confirmed.

Sebastian Rhodes Stampa, deputy director of the U.N. Humanitarian operation, called the scale of the devastation "extraordinary" not only because of the cyclone and flooding but the fact that the land already had been saturated by earlier rains.

A huge number of aid assets are now in Mozambique, Stampa said. "No government in the world can respond alone in these circumstances," he said.