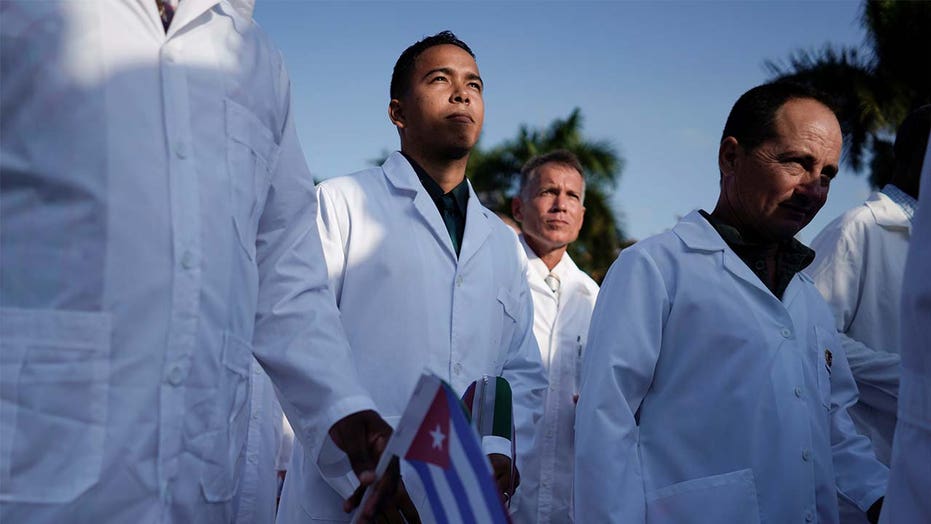 Mexican officials say some 500 Cuban doctors are in Mexico City to help the country fight the coronavirus pandemic that has overwhelmed hospitals in recent weeks.

Cuban doctors take part in a farewell ceremony before departing to Italy to assist, amid concerns about the spread of the coronavirus disease (COVID-19) outbreak, in Havana, Cuba. (Reuters)

The 500 figure, confirmed by a government official, is larger than any of Cuba’s other deployments to nearly two dozen countries to help fight the coronavirus, Reuters reported, citing data from the country’s foreign ministry.

Mexico’s health ministry said the Cuban doctors were “supported with lodging, food and some gratuity for expenses. All in agreement with the Cuban government, as has happened in other countries.”

Despite daily new infections continuing to set records, Sheinbaum said Mexico City will begin a gradual reopening on June 1. She has called on the city's 9 million residents to continue taking social distancing measures through June 15, but said some sectors of the economy would be allowed to resume operations in June.

ALI PARDO: TRUMP SUPPORTS FREEDOM FOR CUBAN PEOPLE, WHILE BIDEN WOULD ABANDON US COMMITMENT TO FREEDOM

As of Tuesday night, Mexico City reported more than 15,200 confirmed coronavirus infections and nearly 1,500 deaths. Nationally, there were 2,713 new confirmed infections announced Tuesday in Mexico, making the total more than 54,000 cases, with over 5,500 deaths.

Sheinbaum has acknowledged that the real number of deaths in Mexico City is likely much higher, but says an independent panel will have to review suspected cases and make a determination. City death records reported by an anti-corruption watchdog group suggested the death toll could be three times as high in the capital.