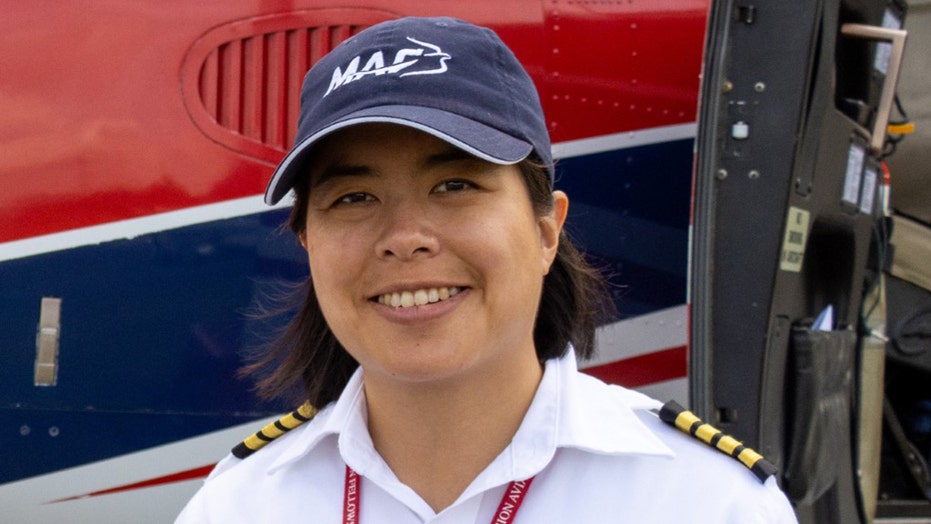 A 40-year-old missionary from Maryland was killed Tuesday while delivering much-needed coronavirus test kits to a remote village in Indonesia, according to officials.

Joyce Lin, a Kodiak pilot and IT specialist for Idaho-based Mission Aviation Fellowship (MAF), reported an emergency minutes after taking off from Sentani International Airport in Papua, the country's easternmost province, early in the morning when her aircraft crashed into a lake, according to a statement from MAF.

"Our hearts are broken as we grieve her death, but we are also encouraged knowing that she gave her life to a work that she absolutely loved doing," David Holsten, MAF's president and CEO, told Fox News.

“Joyce embodied so much of what we love to see in MAF staff,” Holsten added. “She was following a call from God to serve others. Joyce was invested in the local culture and maintained a deep connection to her family, friends, and supporters around the world. She was professional in her IT work and in her flying, and well-loved by those she served."

NORTH KOREA 'CHURCH' DOESN’T LOOK LIKE ANY OTHER BUT IT EXISTS: WATCHDOG

Ahmad Musthofa Kamal, a Papua police spokesman, said Lin apparently had technical problems two minutes after takeoff, when she sent out a distress call and requested a return to the airport but the control tower lost contact with her. Lin's body was discovered by Indonesian Search and Rescue divers two hours after the crash.

MAF staff in Papua and Jakarta are working with authorities to investigate the crash. Lin was the only person on the plane headed for Mamit, a remote village in a mountainous area which is typically a one hour flight. She was delivering supplies to the indigenous Papuan people, including COVID-19 rapid test kits, books, food, and school kits.

“She has dedicated her life to transporting humanitarian supplies and missionaries to hard-to-reach areas in Papua,” Kamal said.

Lin, who was raised in Colorado and Maryland, joined MAF in 2017, and "though she was just there two years—one in Central Java for language school and another in Sentani—her impact was significant," the group said.

She joined the Christian ministry after earning two degrees in engineering from Massachusetts Institute of Technology, followed by a decade-long career as an officer in the U.S. Air Force and in private-sector cybersecurity. She then earned her master of divinity degree at Gordon-Conwell Theological Seminary, where she discovered missionary aviation and traveled to Papua for a summer internship with MAF.

Joyce Lin with her aircraft in Indonesia. (Mission Aviation Fellowship)

"She was a very competent pilot, top class," Keith Doyle, who works in the IT department at Gordon-Conwell and became friends with Lin, told The Salem News. "She had a lot of joy about her. She was quiet, but very thoughtful and very methodical. She was a brilliant engineer and you could see that in her thinking. There was never any rashness or impulsiveness."

“I’m privileged to be serving the many churches and missionaries in Papua who continue to reach out to isolated villages so that people can be both physically and spiritually transformed,” Lin is quoted as saying in her online memorial.

“Anyone who knew Joyce recognized that she was extremely dedicated. That showed up most in her commitment to being used by God and sharing His love with others, especially those less fortunate. She was extremely generous, giving of herself and her treasures selflessly,” said Brock Larson, regional director of MAF Indonesia and Joyce’s teammate.

The final line of her MAF bio reads, "While Joyce will always be excited to fly planes and work on computers, she is most excited to share the love of Jesus Christ by helping to transform other people’s deep discouragement and mourning into dancing and joy."

Lin is survived by her parents and two sisters, according to MAF.

"Prayers for her family in this time of sudden loss are appreciated, as well as prayers for the MAF Papua team that worked by her side," the group added.