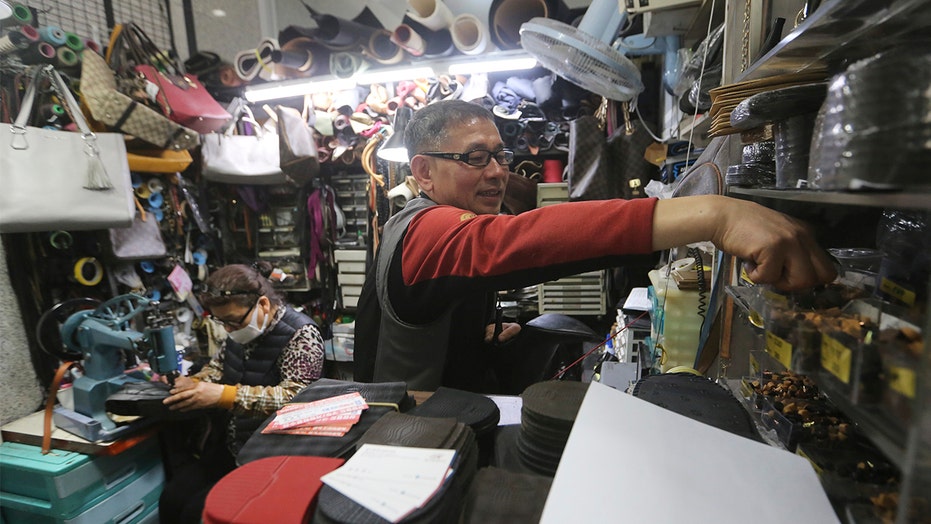 PAJU, South Korea (AP) — Kim Byung-rok survived tuberculosis when he was 23, but was left with one good lung. In his work polishing and mending shoes, he inhaled too much dirt.

So when he bought land on a small, quiet mountain in 2014, he wanted to heal, to do some farming — and to breathe fresh air.

But now Kim, 60, wants to donate a big chunk of his holdings to the local government. So many South Koreans are shutting their businesses and face declining incomes due to the coronavirus outbreak, which has hit the country hard; Kim thought the value of his land could be put to good use.

“I went through a rough childhood and I got help from others all the time. I’ve always thought I should one day become a person who helps others,” Kim said at his Seoul shop, the thick grime under his nails testimony to how he spends his days.

“Wouldn’t it be good if I give the people strength and courage?” he said.

Wouldn’t it be good if I give the people strength and courage?

It has had that effect. An online media story on his offer has garnered more than 2,100 comments. Some call him “an angel” or “a person who deserves a seat in heaven.”

Kim’s three plots of land are located in Paju, near the border with North Korea. He bought the land when its prices plummeted due to North Korean missile tests, before they rose again after inter-Korean relations improved in recent years. He’s since planted ginseng, herbs and other vegetables there.

There are technicalities that must be worked out. Authorities are trying to make sure Kim will not face gift taxes, but he’s adamant: "If I have to pay that, I would accept that.”

Kim, a devout Christian who jokingly calls himself “a lamb,” has led a turbulent life.

His father died when he was 6, and his mother later married a man who beat and abused him. Kim ran away from his home and began working as a shoeshine boy when he was 10.

Tormented by the separation from his family, Kim drank and smoked excessively. Then came the TB. When he survived, he found relief in his faith and in volunteer service.

For the past 25 years, he has fixed thousands of used or castoff shoes and donated them to poor people, and provided free haircuts to older people with dementia or other health problems.

Kim and his wife now work together and make about 2-3 million won ($1,635-$2,450) a month, considerably less than South Korea’s average household income of 4.8 million won. They live in a small, two-room apartment with two of their three adult children, one of them a 26-year-old son with Down syndrome.

Kim said that “what aches my heart the most” is the reaction of some friends and neighbors to his plan.

“They tell me things like, ‘Hey, what the heck are you doing. ... Take care of your children first,'” Kim said. “But I’ve never had my kids go hungry and I’ve been living happily. ... I’m satisfied with my life and can’t just ignore the poor and needy.”