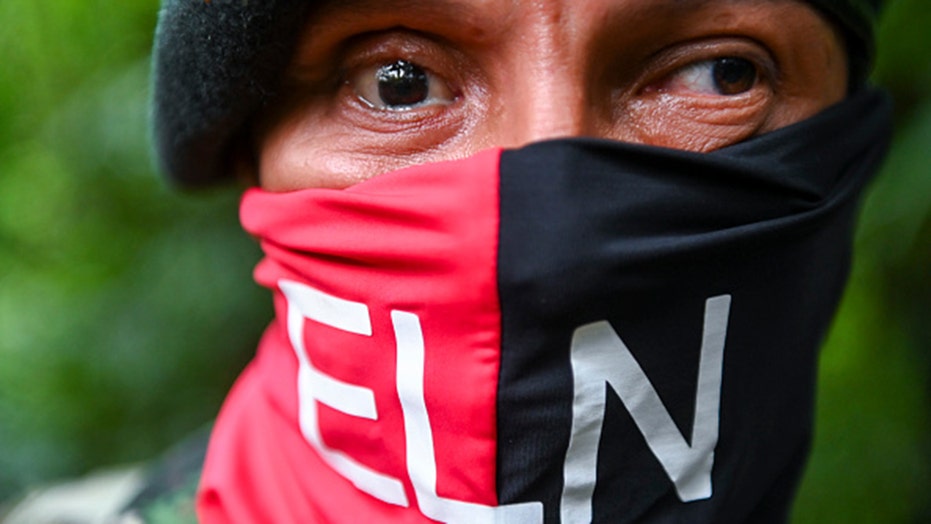 The ceasefire will begin April 1 and last until the end of the month as “a humanitarian gesture for the Colombian people who are suffering from the devastation of the Coronavirus,” the guerrilla group said on its website Sunday.

The COVID-19 virus has sickened more than 700 Colombians and killed at least 10 as of Monday. The government last week closed borders and ordered a state-wide quarantine to slow the virus’ spread.

The ELN is Colombia's last rebel army and one of the oldest guerrillas in Latin America. (Raul ARBOLEDA / AFP via Getty Images)

While the ceasefire is considered unilateral, the group said it is “active” so they can reserve the right to defend themselves “against attacks carried out by state forces, paramilitaries, and drug gangs.”

The ELN said it was also open to new peace talks with the government while calling on President Iván Duque to decongest the prison system by releasing political prisoners jailed for guerilla group affiliations, those serving prison terms of less than 10 years and those over the age of 60, The City Paper Bogota reported.

A police officer looks at woman's identification at a public bus station in Soacha on the outskirts of Bogota on Friday. Authorities have called for a complete lockdown of the country to help contain the spread of the new coronavirus, allowing residents to be outside their homes according to their ID numbers. (AP Photo/Fernando Vergara)

The rebels said the ceasefire decision was inspired by UN Secretary-General António Guterres, who appealed to “warring parties” to “silence the guns” amid the global outbreak.

Norway, a country that has previously acted as an intermediary for peace negotiations in Colombia, welcomed the ceasefire as “an important step” in helping vulnerable populations.

The ELN was formed more than 50 years ago with the intention to fight against the country’s one-sided distribution of land and wealth, the BBC reported. It has attacked large landholders and multinational companies and blown up oil pipelines. In one of its deadliest attacks, the group killed more than 20 police cadets at a police academy in January 2019.