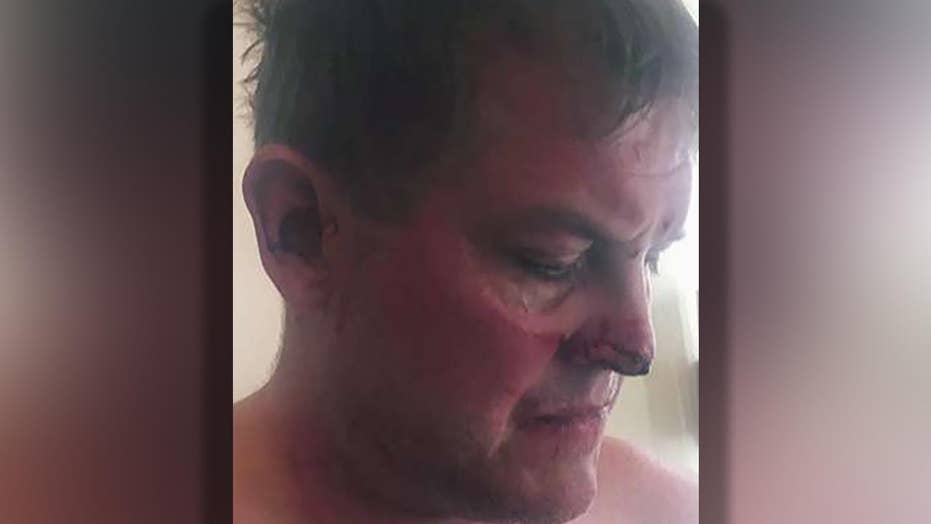 A Connecticut man accused of killing a hotel worker while on vacation in Anguilla did not return to the British Carribean territory for a court hearing on Monday, citing threats against him and insisting that authorities there could not assure his safety.

A family spokesperson for Darien resident Scott Hapgood said the USB financier was worried about his safety; he was reportedly concerned that Anguillan officials couldn't assure him he could return to the United States after the pretrial hearing.

Officials declined to let Hapgood appear by video link, said family spokesman Jamie Diaferia. It was not clear what the next steps in the case will be.

An August photo of Scott Hapgood, a U.S. financial adviser charged with killing a hotel worker while on vacation in Anguilla. (AP Photo/Bebeto Matthews, File)

“Despite the unfairness of the charge continuing, Scott has cooperated with the Anguillan legal process and has returned to the island three times for hearings in an effort to clear his name,” Diaferia told The Darien Times.

Hapgood, 44, is charged with killing Kenny Mitchell on April 13 at the Malliouhana Hotel. He said he was with his two daughters in their hotel room when the 27-year-old Mitchell entered, saying he'd been sent to fix a broken sink.

He turned violent and attacked Hapgood with a knife and demanded money, Hapgood said. After a struggle, Mitchell died and Hapgood was charged with manslaughter.

An autopsy report said Mitchell was choked to death. A toxicology report said a lethal amount of cocaine had killed him.

"We understand there will be people in Anguilla who say Scott is running from a trial. That is 100 percent false," said Hapgood's attorney, Juliya Arbisman, adding that her client fears for his safety.

"There is nothing Scott wants more than to clear his name and get his life back," she continued, Patch reported. "But he cannot clear his name if he is dead, or if the legal process by which he is bound is fundamentally biased and unjust."

Hapgood was released on $74,000 bond after his arrest and flew back to the U.S. The case has enraged Anguillans and sparked racial tensions between residents and wealthy tourists.

President Trump tweeted last month that he would be looking into the case after Hapgood's wife, Kallie, urged him to intervene.

He wrote, "Something looks and sounds very wrong."