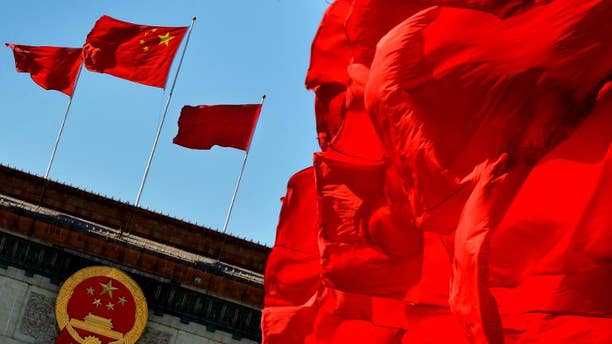 Recent news reports about a top Chinese actress and the head of Interpol, the international law enforcement agency, suddenly going missing have proven that no one - not even big celebrities and top government officials - are safe from a black hole of alleged justice operated by China's Communist Party.

A long-running detention system called "shuanggui" - which had no apparent legal basis in the nation's law enforcement or courts system - was according to experts devastatingly effective in eliciting or forcing confessions from perhaps hundreds of thousands of Chinese typically accused of corruption, embezzlement, or any other charges the authorities wish to bring down.

And while Chinese authorities last year insisted shuanggui was being abolished and "replaced" by another anti-corruption program consisting of more checks and balances, referred to as "liuzhi" – meaning “retention in custody," the recent spate of high-profile cases has activists arguing that little has really changed.

Liuzhi is being widely circulated as the system used to ‘disappear” actress Fan Bingbing over the summer. 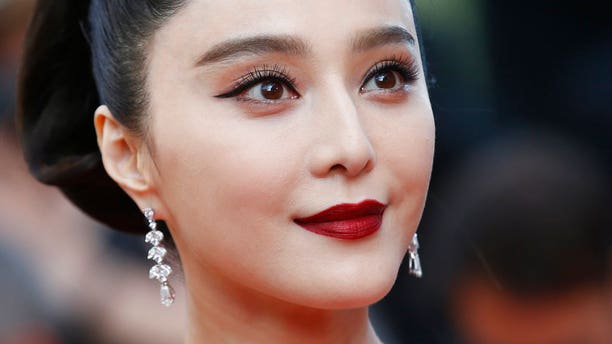 Chinese actress Fan Bingbing disappeared over the summer, emerging weeks later and confessing to tax evasion crimes. She is believed to have been subjected to the "liuzhi" system.  (AP)

One of China’s most famous actresses, known in Hollywood for her role in "X-Men: Days of Future Past," Fan resurfaced last month after disappearing in the system on July 1, appearing contrite and begging for forgiveness after being fined almost $130 million for tax evasion.

Earlier this month, the France-based president of Interpol, Meng Hongwei, was nowhere to be seen or heard after boarding a flight bound to his native China. The wife of Hongwei, who is also vice minister in the Chinese Ministry of Public Security, has publicly appealed for help and is fearing for her life, claiming “agents” have threatened to find her in France.

Other publicly known figures, such as internet sensation Yang Kaili, have also been swept up, temporarily disappeared from the limelight, and forced to make public apologies after upsetting the government.

In Kaili's case, she was detained last week after posting a 10-second clip of her fumbling her way through a rendition of the national anthem. While she was not charged under the liuzhi system, she was accused by Shanghai police of violating a new law that bans singing the anthem in a "distorted or disrespectful way."

Then there is the case of Wilson Wang, once the successful director of a state-run tobacco factory. He disappeared on April 10, 2015, with his whereabouts not revealed until almost two months later. His went to trial on what his family continues to insist are fabricated charges when it was still under the shuanggui name. He continues to languish behind bars, having been given a six-year sentence – with three-and-a-half already served – for “accepting bribes.” 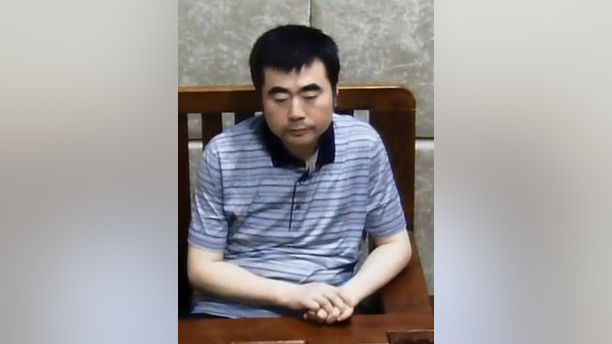 Among the many mysterious disappearances of high-ranking leaders, is Wilson Wang. He was once the successful director of a state-run tobacco factory. Then on April 10, 2015, he disappeared and his whereabouts not revealed until weeks later. His family claims he lost 40 pounds in the first couple of months in "shuanggui" detention. (Wang family)

“The shuanggui are internal systems and are not transparent. The victims are forced to confess by a small number of unjust officials. Very few people know about it,” Wang’s wife, Jing Zou, told Fox News. “It is used by a few people as a tool to eliminate dissidents and to retaliate those who crossed them in the past.”

In response to Fox News requests for comment, a spokesperson at China’s Washington Embassy pointed to articles published in the state-supervised China Daily earlier this year highlighting that China had adopted the “new supervisory system” that was more “sophisticated and efficient,” with “clear protocols established for supervision and investigation procedures to better protect personal and property rights of those under investigation.”

The “supervision reform” is “aimed at enhancing the leadership of the Communist Party of China in anti-corruption campaigns and will bring all public officers under scrutiny,” Li Jianguo, vice-chairman of the standing committee of the 12th national People’s Congress said as he introduced the bill.

Activists argue that even if the official name has gone away, little has changed.

“Unlike the CCDI which covered only Party members, the (new) commission covers all public servants, whether or not party members,” explained George Magnus, a political economist at Oxford University’s China Center and Research Associate at SOAS University, London. “And liuzhi is indeed up and running.”

As with other liuzhi or shuanggui cases, the details of Wang's situation are not known. But five months before being seized, he had fired a group of employees who stole cigarettes – as documented in surveillance footage – in accordance with company policy.

“One of the fired employees had a relative working at the CCDI, and before the firing, my father received many calls to go easy on the group but he didn’t listen," his daughter, Felicia Wang, told Fox News in a recent interview. "So that relative decided to use his CDI powers to retaliate. The CCDI and judicial officials likely hated my father for cutting out their opportunities to receive gifts and bribes, like cases of cigarettes, which they were used to receiving before he became the general manager.”

Felicia Wang insisted some of those made to testify against her father “were also detained, forced to give false testimony. Some were tortured.” She also pointed out the allegations of her father taking bribes were alleged to have happened on days he was not even in the country, but on official business – hosting Chinese President and Secretary-General of the Communist Party, Xi Jinping, with a group of other officials in Romania.

“Xi is capable of proving and giving an alibi that my father is innocent,” she said. 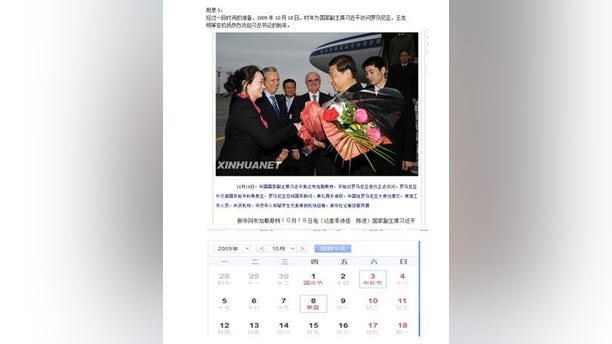 Felicia Wang pointed out the allegations of her father taking bribes were alleged to have happened on days while he was not even in the country, but on official business – hosting Chinese President and Secretary-General of the Communist Party, Xi Jinping, with a group of other officials in Romania. (Wang family)

Felicia, too, has been caught in the case.

“They found out that my father cared most about me, his only child,” she continued. “So they threatened to arrest me and showed him the paper prohibiting me from exiting China. When he saw that, he collapsed, and I fled through Hong Kong to the United States."

Now splitting time between the United States and Israel, Felicia continues the fight for her father’s freedom. Her mother said she is able to see and speak with her husband once a month, for 30 minutes, through a glass partition. But from the day of his hush-hush arrest on April 10, 2015, through December 2017, they had no contact. 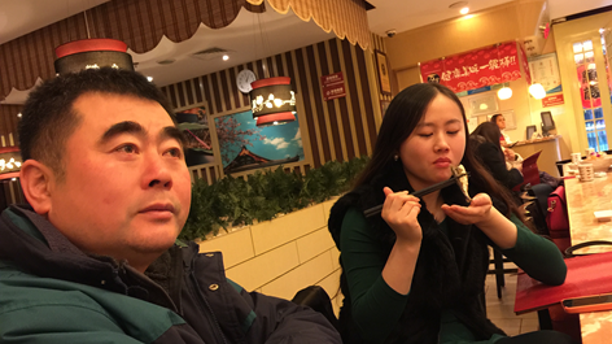 Happier times: Felicia Wang, with her father Wilson Wang, before his sudden disappearance and subsequent jail sentence in China in 2015.

Zou is deeply concerned for her own safety, as she endeavors to expose the “fabricated evidence and the injustice judgment” against her husband.

“There have been three times I have heard that I will be arrested,” she lamented. “I was also warned to be careful because they could create a car accident or any accident to kill me.”

Felicia said her dad lost some 40 pounds in less than 60 days of detainment. But food deprivation is barely the tip of the iceberg. The “interrogation” process is also alleged to consist of sleep, food and water deprivation, beatings, and compelled into stress positions for hours and hours, along with threats on loved ones to “cooperate.”

There have even been several cases in which defendants are reported to have been beaten and subsequently died or become disabled, and activists contend that the affliction is so tough that most will confess to just about anything to stop the duress. Many too are believed to take their own lives amid what Human Rights Watch has described as “various forms of physical and psychological abuse.”

While shuanggui has been around for decades, activists say it became a more readily utilized tool since Xi’s anti-corruption crackdown. Xi vowed a “sweeping victory” over the problem of government corruption when he first took office in 2012, and in March this year was granted powers to serve indefinitely.

Xi has almost doubled the number of top officials arrested on a yearly basis, and around one million party officials are said to be “under supervision,” according to state media Xinhua News. 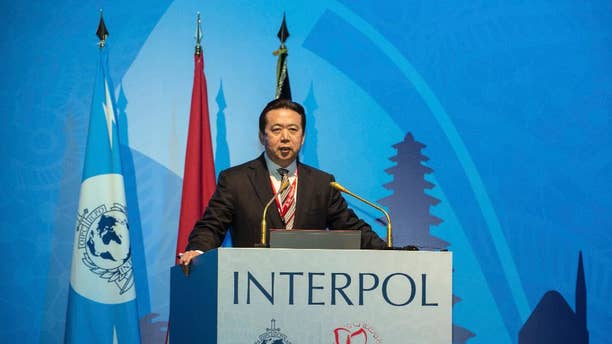 The president of Interpol, Meng Hongwei, was nowhere to be seen or heard after boarding a flight bound to his native China earlier this month.His wife has publicly appealed for help and is fearing for her life. (The Associated Press)

According to Magnus, there is little outside impetus for China to fundamentally change the shrouded in secrecy practice of hidden detentions.

“The only incentive to change this is the introduction of the rule of law which all agencies of party and state are subservient to an independent judiciary,” he said. “Xi is a devout believer in the Leninist state, and preached the Leninist concept of party purity, even before he became president. Party purity includes ideas of self-sacrifice, honesty and working only for the party’s benefit, not your own, and putting the needs of citizens above self.”

Nonetheless, torture is officially prohibited detainment, and Chinese leaders vigorously defend their human rights record. China is a member of the U.N. Human Rights Council, and its membership is up for review in November. The Office of the U.N. High Commissioner told Fox News that while they do not have a presence in China, they do their best to “monitor remotely” developments such as arbitrary detentions and enforced disappearances.

A spokesperson said they have no way of assessing whether shuanggui has actually been abolished in practice, but emphasized the “independent experts on the Committee against Torture” have raised “grave concern” over officials reportedly subjected to “ill-treatment under this system.”

A spokesperson for the U.S State Department said they are aware of shuanggui, and that the United States “remains concerned about ongoing reports of arbitrary arrest and detention, custodial torture and lapses in due process.” They urged China to “respect the protections and freedoms of all individuals under China’s international human rights commitments.”

But for those whose loved ones remain entangled in what they consider to be nothing more than an effort to organize mass human rights violations behind the façade of law, the frustration of words and without change on the ground is palpable.

“My father’s case is a small representation of what is often happening in China,” Felicia Wang said, staring down at photos of her frail father. “Despite the best intentions of the central government to stop corruption, the reality is that local governments are under-supervised, and cases like my fathers are common.”