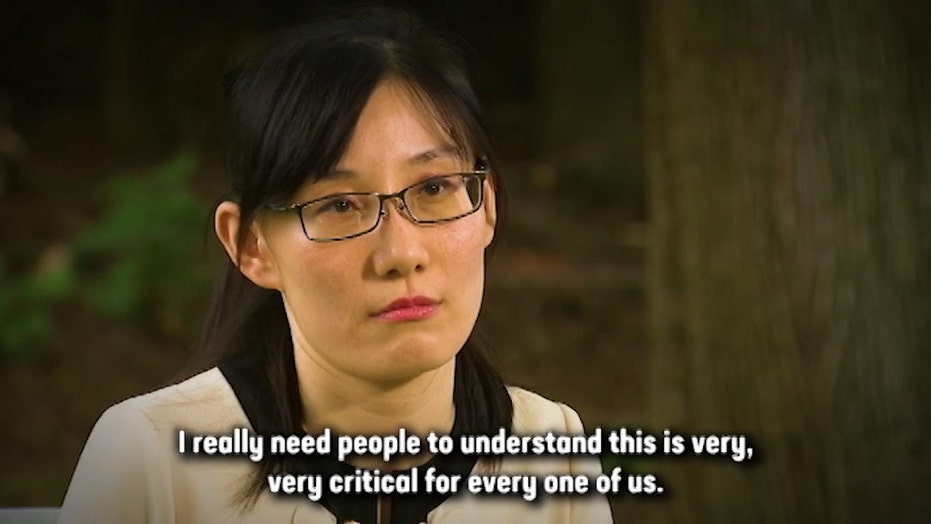 Dr. Li-Meng Yan, a virologist from Hong Kong, tells Fox News in an exclusive interview about the early research she says she conducted into COVID-19, and why she believes that research was withheld from the world.

Hours before she boarded an April 28 Cathay Pacific flight to the United States, the respected doctor who specialized in virology and immunology at the Hong Kong School of Public Health had plotted her escape, packing her bag and sneaking past the censors and video cameras on campus.

She had her passport and her purse and was about to leave all of her loved ones behind. If she was caught, she knew she could be thrown in jail -- or, worse, rendered one of the "disappeared."

Yan told Fox News in an exclusive interview that she believes the Chinese government knew about the novel coronavirus well before it claimed it did. She says her supervisors, renowned as some of the top experts in the field, also ignored research she was doing at the onset of the pandemic that she believes could have saved lives.

She adds that they likely had an obligation to tell the world, given their status as a World Health Organization reference laboratory specializing in influenza viruses and pandemics, especially as the virus began spreading in the early days of 2020.

Yan, now in hiding, claims the government in the country where she was born is trying to shred her reputation and accuses government goons of choreographing a cyber-attack against her in hopes of keeping her quiet.

Yan believes her life is in danger. She fears she can never go back to her home and lives with the hard truth that she’ll likely never see her friends or family there again.

Still, she says, the risk is worth it.

"The reason I came to the U.S. is because I deliver the message of the truth of COVID," she told Fox News from an undisclosed location.

She added that if she tried to tell her story in China, she "will be disappeared and killed."

Photo of Dr. Li-Meng Yan at her wedding. (Yan)

Yan's story weaves an extraordinary claim about cover-ups at the highest levels of government and seemingly exposes the obsessive compulsion of President Xi Jinping and his Communist Party to control the coronavirus narrative: what China knew, when it knew it and what edited information it peddled to the rest of the world.

Yan, who says she was one of the first scientists in the world to study the novel coronavirus, was allegedly asked by her supervisor at the University/WHO reference lab, Dr. Leo Poon, in 2019 to look into the odd cluster of SARS-like cases coming out of mainland China at the end of December 2019.

"The China government refused to let overseas experts, including ones in Hong Kong, do research in China," she said. "So I turned to my friends to get more information."

Yan had an extensive network of professional contacts in various medical facilities in mainland China, having grown up and completed much of her studies there. She says that is the precise reason she was asked to conduct this kind of research, especially at a time when she says her team knew they weren’t getting the whole truth from the government.

One friend, a scientist at the Center for Disease Control and Prevention in China, had first-hand knowledge of the cases and purportedly told Yan on Dec. 31 about human-to-human transmission well before China or the WHO admitted such spread was possible.

She reported some of these early findings back to her boss, Yan said.

"He just nodded," she recalled, and told her to keep working.

A few days later, on Jan. 9, 2020, the WHO put out a statement: "According to Chinese authorities, the virus in question can cause severe illness in some patients and does not transmit readily between people... There is limited information to determine the overall risk of this reported cluster.”

Yan said she and her colleagues across China discussed the peculiar virus but that she soon noted a sharp shift in tone.

Doctors and researchers who had been openly discussing the virus suddenly clammed up. Those from the city of Wuhan--which later would become the hub of the outbreak--went silent and others were warned not to ask them details.

The doctors said, ominously, "We can't talk about it, but we need to wear masks,'" Yan said.

‘EMERGING EVIDENCE’ OF CORONAVIRUS AIRBORNE TRANSMISSION INDICATED BY WHO

Then the numbers of human-to-human transmission began to grow exponentially, according to her sources, and Yan started digging for answers.

"There are many, many patients who don't get treatment on time and diagnosis on time," Yan said. "Hospital doctors are scared, but they cannot talk. CDC staff are scared."

She said she reported her findings to her supervisor again on Jan. 16 but that's when he allegedly told her "to keep silent, and be careful."

"As he warned me before, 'Don't touch the red line,'" Yan said referring to the government. "We will get in trouble and we'll be disappeared."

She also claims the co-director of a WHO-affiliated lab, Professor Malik Peiris, knew but didn't do anything about it.

Peiris also did not respond to requests for comment. The WHO website lists Peiris as an "adviser" on the WHO International Health Regulations Emergency Committee for Pneumonia due to the Novel Coronavirus 2019-nCoV.

Yan was frustrated, but not surprised.

"I already know that would happen because I know the corruption among this kind of international organization like the WHO to China government, and to China Communist Party," she said. "So basically... I accept it but I don't want this misleading information to spread to the world." 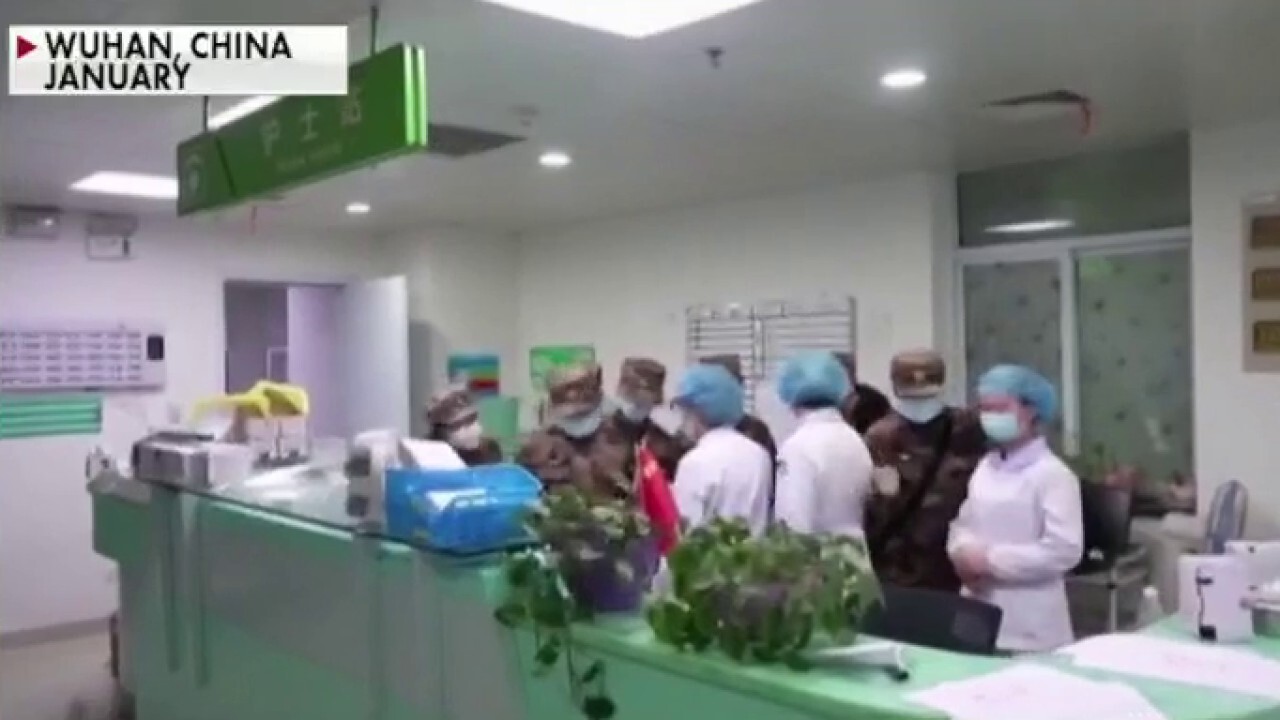 The WHO and China have vehemently denied claims of a coronavirus cover-up.

The WHO has also denied that Yan, Poon or Peiris ever worked directly for the organization.

"Professor Malik Peiris is an infectious disease expert who has been on WHO missions and expert groups - as are many people eminent in their fields," WHO spokeswoman Margaret Ann Harris said in an email. "That does not make him a WHO staff member, nor does he represent WHO."

HOUSE GOP ACCUSES CHINA, WHO OF 'FAILURE OF MONUMENTAL PROPORTIONS' IN SPREAD OF CORONAVIRUS

Yan says despite any pushback, she has been emboldened by a sense of right and wrong and says she had to speak up despite the personal and professional consequences.

"I know how they treat whistleblowers," she said.

"I know how they treat whistleblowers."

Like so many before her, once Yan decided to speak out against China, she discovered her life was apparently in jeopardy, as well as that of those closest to her.

It was a fear directly relayed to her and seemingly confirmed by U.S.-based Hong Kong blogger Lu Deh, she says.

After she shared some of her theories and suspicions with him, he told her she would need to relocate, perhaps to the United States, where she wouldn't have to constantly look over her shoulder. Only then would she be safe and have a platform to speak, he said.

Yan made the decision to leave, but things got complicated when her husband of six years, who also worked at her lab, discovered the telephone call between his wife and the blogger.

Yan told Fox News she begged her husband to go with her, and says while her spouse, a reputable scientist himself, had initially been supportive of her research, he suddenly had a change of heart.

"He was totally pissed off," she said. "He blamed me, tried to ruin my confidence... He said they will kill all of us.'"

Shocked and hurt, Yan made the decision to leave without him.

She got her ticket to the U.S. on April 27. She was on a flight the next day.

When she landed at Los Angeles International Airport after her 13-hour journey, she was stopped by customs officials.

Fear gripped her and Yan didn't know if she would end up in jail or be sent back to China.

"I had to tell them the truth," she said. "I'm doing the right thing. So I tell them that 'don't let me go back to China. I'm the one who came to tell the truth here of COVID-19... And please protect me. If not, the China government will kill me."

The FBI was allegedly called in to investigate. Yan claims they interviewed her for hours, took her cell phone as evidence and allowed her to continue to her destination.

The FBI told Fox News it could neither confirm nor deny Yan's claims; however, Fox News was shown an evidence receipt that appeared to confirm an interaction.

As Yan was trying to find her footing in America, she says her friends and family back home were being put through the wringer.

Yan claims the government swarmed her hometown of Qingdao and that agents ripped apart her tiny apartment and questioned her parents. When she contacted her mother and father, they pleaded with her to come home, told her she didn't know what she was talking about and begged her to give up the fight.

The University of Hong Kong took down her page and apparently revoked access to her online portals and emails, despite the fact that she says she was on an approved annual leave. In a statement to Fox News, a school spokesperson said Yan is not currently an employee.

"Dr Li-Meng Yan is no longer a staff member of the University," the statement read. "Out of respect for our current and former employees, we don’t disclose personal information about her. Your understanding is appreciated." 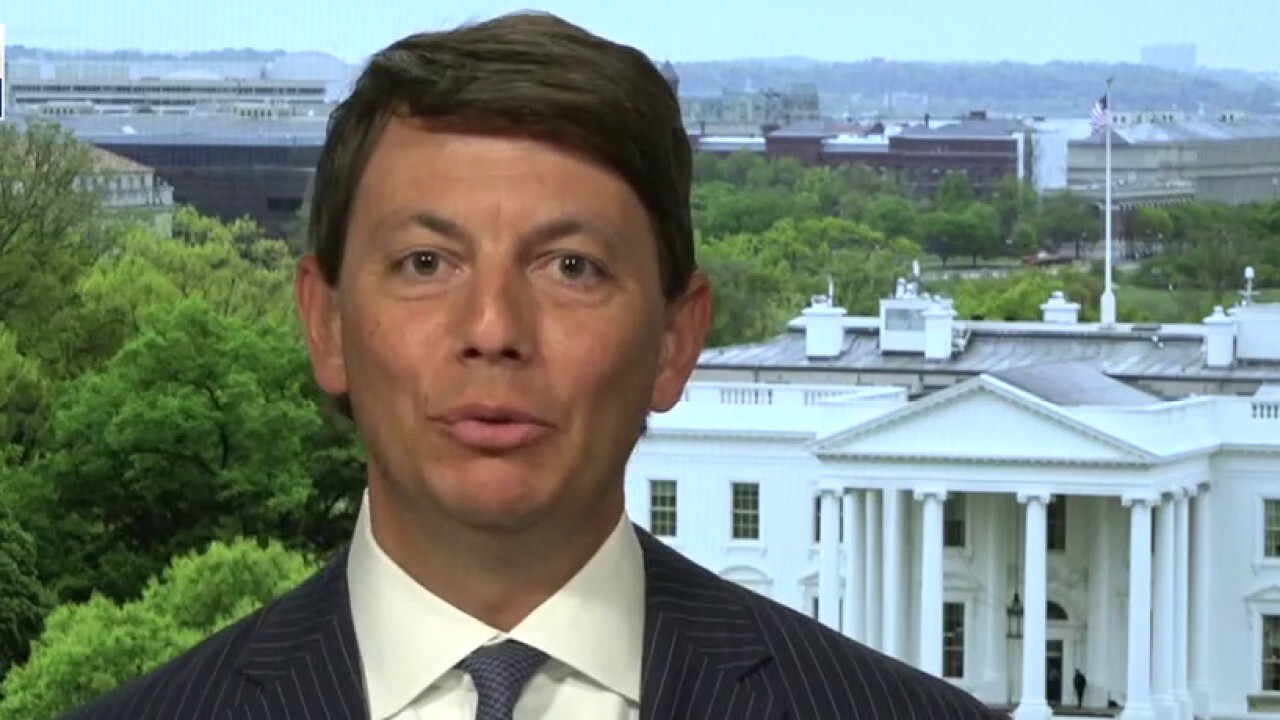 The Chinese Embassy in the United States told Fox News they don't know who Yan is and maintain China has handled the pandemic heroically.

"We have never heard of this person," the emailed statement read. "The Chinese government has responded swiftly and effectively to COVID-19 since its outbreak. All its efforts have been clearly documented in the white paper "Fighting COVID-19: China in Action" with full transparency. Facts tell all."

The WHO has also continued to deny any wrongdoing during the earliest days of the virus. The medical arm of the United Nations has been taken to task recently by scientists challenging its official view of how the virus spreads. The WHO has also altered the coronavirus timeline on its website, now saying it got information about the virus from WHO scientists and not the Beijing authorities--as it has claimed for more than six months.

Fox News has also reached out to the Chinese Ministry of Foreign Affairs and the scientists Yan accuses of suppressing her concerns for comment.

Yan says she'll continue to speak out--but knows there's a target on her back.