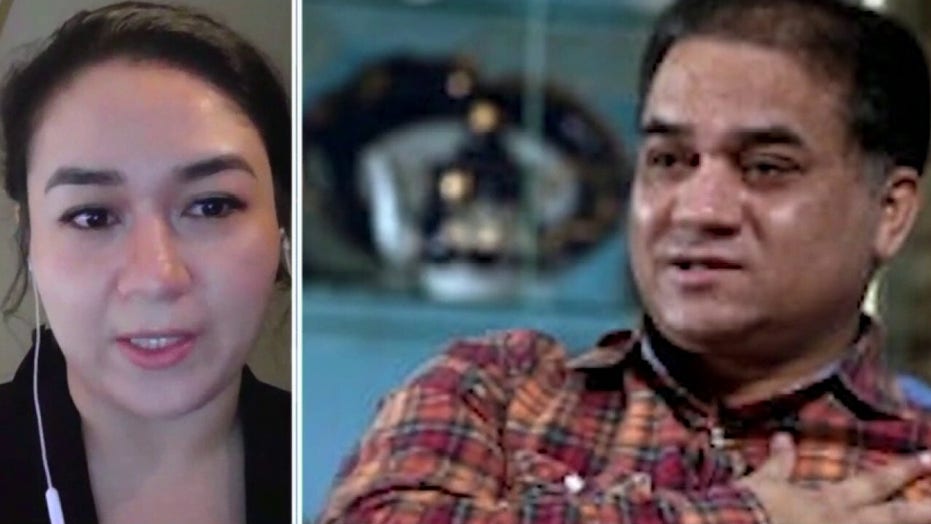 The State Department is reiterating its criticism of the Chinese government amid a Uighur obstetrician's allegation that Xinjiang hospitals are committing infanticide and forced abortions to maintain family planning limits.

"We are extremely concerned by reports of forced abortions and sterilization in Xinjiang," State Department spokesperson Morgan Ortagus told Fox News on Tuesday.

"These reports are consistent with an overwhelming and growing body of information that exposes the Chinese Community Party’s campaign of brutal repression targeting Uighurs, ethnic Kazakhs, Kyrgyz, and other Muslim minorities in Xinjiang. We reiterate our call on the PRC [People's Republic of China] government to reverse its repressive course in Xinjiang, release all who are arbitrarily detained, and to end its draconian and brutal policies to forcibly indoctrinate and intimidate its own citizens."

On Monday, Radio Free Asia (RFA) reported on a Uighur obstetrician who claimed that hospitals were ordered to kill infants or face fines.

Abdulla currently lives in Turkey but spent 15 years working in multiple hospitals located in Xinjiang, China's northwestern region heavily populated by Uighurs and other ethnic minorities. Her comments came amid allegations of population control enforced by the Chinese government.

Adrian Zenz, Senior Research Fellow in China Stuies at the Victims of Communism Memorial Foundation, released a report earlier this year claiming that China forced women to undergo sterilization or contraceptive use. China's government responded by calling the allegations "baseless." Regardless, the U.S. is taking those allegations seriously and described the revelations as "sadly consistent with decades of CCP [Chinese Communist Party] practices that demonstrate an utter disregard for the sanctity of human life and basic human dignity."

An Associated Press investigation similarly found widespread and systematic, forced birth control. Their findings were based on government statistics, state documents, and interviews with 30 ex-detainees, family members, and a former detention camp instructor.

According to RFA, Abdullah claimed that abortions were performed as late as eight or nine months into pregnancy. Each hospital, she claims, maintains a family planning unit that documents and oversees abortions for women who fail to abide by the time gaps required between pregnancies. The units also allegedly tracked the number of children women already had. In rural areas, Uighurs and other ethnic minorities are permitted only three children. That dropped to two in urban areas, according to Abdullah.

“The regulations were so strict: there had to be three or four years between children," she said. "There were babies born at nine months who we killed after inducing labor. They did that in the maternity wards because those were the orders.”

Families, she claimed, must apply to family planning offices in order to "be approved before they can have a child." Village cadres reportedly combed through neighborhoods in order to monitor pregnancies.

"They always know clearly who’s pregnant, and they report it to higher-ups. If a pregnancy happens outside the family-planning policy, they do an investigation and then performed a forced abortion," she said. One woman relayed to RFA how authorities forced her to undergo an abortion in the middle of her second trimesters. "If my baby who was aborted were alive today, he’d be 15 years old," the woman, named Bumeryem, reportedly said.

The outlet also spoke to a woman who claims that for decades, she has collected fines from people who violated family planning regulations. Intrauterine devices (IUD's) have reportedly caused severe bleeding or left women sterile. The Chinese government also engages in cuts or unties women's fallopian tubes, RFA said.

The issue will likely compound already-mounting scrutiny of China and U.S. entities working with the Asian powerhouse. Members of Congress have scrutinized relationships between China and companies like Nike or Apple amid concerns of forced labor. Last month, the State Department sent a letter warning business leaders about the potential for international commerce to help brands benefiting from slave labor.