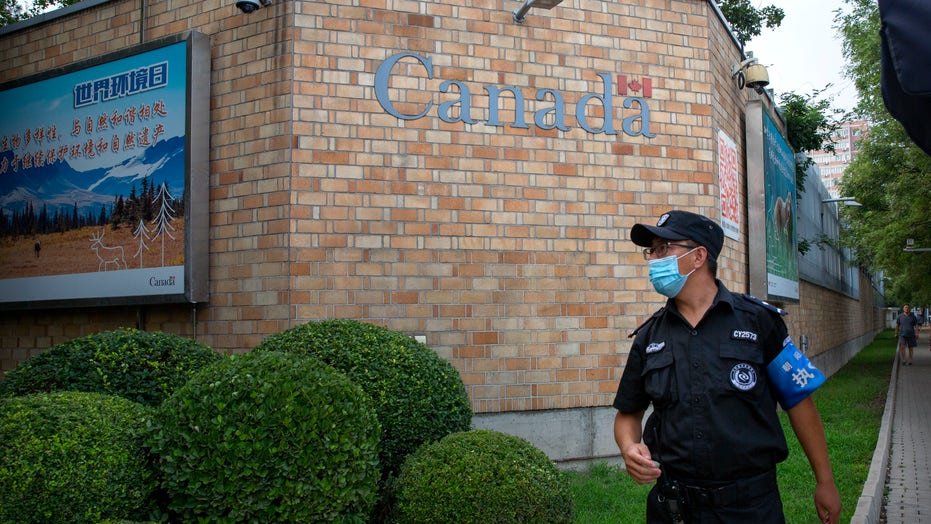 China has sentenced a fourth Canadian citizen to death on drug charges in less than two years following a sharp downturn in ties over the arrest of an executive of Chinese tech giant Huawei.

Ye Jianhui was sentenced Friday by the Foshan Municipal Intermediate Court in the southern province of Guangdong. Ye had been found guilty of manufacturing and transporting drugs, the court said in a brief statement.

Another suspect in the case was also given the death penalty and four others sentenced to between seven years and life in prison. Death sentences are automatically referred to China’s highest court for review.

A security officer wearing a face mask to protect against the coronavirus stands outside the Canadian Embassy in Beijing, Thursday, Aug. 6, 2020. China announced on Friday that it had sentenced a Canadian to death on drug charges, the second day in a row Chinese courts handed down the death penalty to a Canadian citizen. (AP Photo/Mark Schiefelbein)

Ties between Canada and China have nosedived over Canada's late 2018 arrest of Meng Wanzhou, a company executive and the daughter of Huawei's founder, at Vancouver’s airport at the request of the U.S., which wants her extradited to face fraud charges over the company’s dealings with Iran.

Her arrest enraged Beijing, which calls it a political move aimed at constraining China's rise as a global technology power.

Ye's sentencing comes a day after fellow Canadian Xu Weihong was given the death penalty by the Guangzhou Municipal Intermediate Court, also in Guandong province.

Convicted Canadian drug smuggler Robert Schellenberg was sentenced to death in a sudden retrial shortly after Meng's arrest, and a Canadian citizen identified as Fan Wei was given the death penalty in April 2019 for his role in a multinational drug smuggling case.