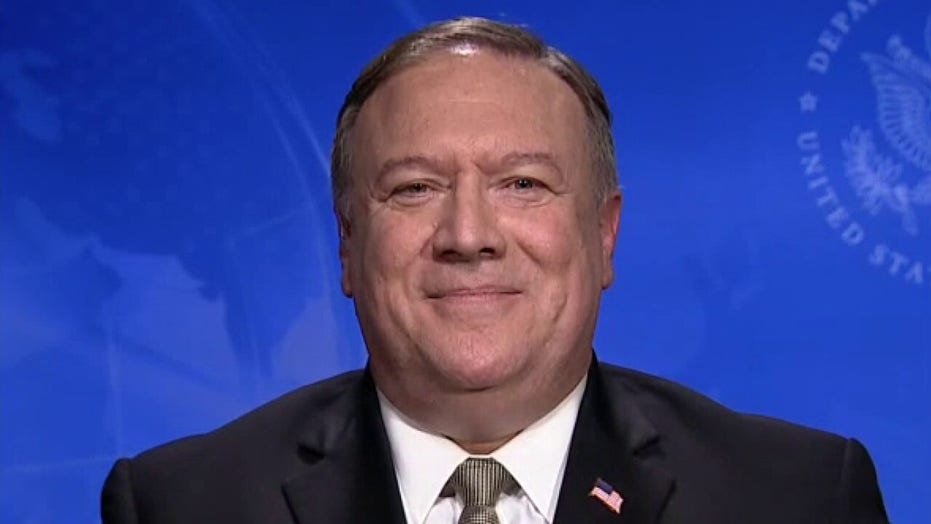 The Lookout Threat Intelligence Team found evidence that four Android surveillance malware tools were used to track Uighurs in China and in as many 14 other countries, through their smartphones. The malware tracked and recorded detailed information about Uighur’s primarily living in the Xinjiang province, but records tracking Tibetans and other Muslims groups were found as well.

Smartphone tracking appears to have been just the first step in a much broader campaign to collect blood samples, voice and facial recognition, along with other personal data that would target the oppressed minority group, according to a report by the New York Times.

POMPEO: HONG KONG WILL BE ANOTHER 'COMMUNIST-RUN CITY' UNDER CHINA'S STRICT CONTROL

Lookout further noted that the malware was downloaded through phishing emails and third party “trojanized” apps.

“The development timeline and targeting of these families also appear to align with Chinese national security directives and “counter-terrorism” efforts as defined by the Chinese government, perhaps suggesting a broader strategic goal behind the campaign,” the report notes. “Lookout researchers have observed a peak in malware development beginning in 2015, which coincides with the 'Strike Hard Campaign against Violent Terrorism'…campaign in Xinjiang that began in May 2014.”

Chinese government officials denied the existence of a network of known internment camps in 2018. But the government now says they are a part of a broader effort to eradicate Islamic extremism in Xinjiang – the encampments hold an estimated 1 million Uighurs, according to a report by the Washington Post.

The Chinese government has further been accused of propagating mass sterilization and birth control efforts, targeting the reproduction of the ethnic minority group.

“I want to call attention to recent, credible, and deeply disturbing new reports that the Chinese Communist Party is imposing forced sterilization and abortions on Uighurs and other minorities in western China,” Secretary of State Mike Pompeo said in a press conference Wednesday.

Women are now forced to have an IUD insertion after their second child and face detention for having three of more children, and/or large fines in a further attempt to prevent the proliferation of the ethnic group.

Birth rates in the regions of Hotan and Kashgar located in Xinjiang, dropped by more than 60 percent from 2015 to 2018, and by 24 percent across the entire province over the last year.

The Chinese government has reportedly denied these statistics, saying they are “fabricated” and “fake news.”

But ministry spokesman Zhao Lijian reportedly said, “Everyone, regardless of whether they’re an ethnic minority or Han Chinese, must follow and act in accordance with the law,” when asked about the birth control campaign.

The Departments of Commerce, Homeland Security, State, and the Treasury released an advisory to all American companies warning against working with or in the Xinjiang province, noting the human rights abuses.

“CEOs should read this notice closely and be aware of the reputational, economic, and legal risks of supporting such assaults on human dignity,” Pompeo said.

The letter stated that the PRC is suspected of forcibly transferring workers from Xinjiang to other parts of the countries to work in factories, and companies “should implement human rights-related due diligence policies and procedures.”

China has continuously escalated its campaign against the Uighurs over recent years, with some referring to it a “cultural genocide,” with more sterilizations per-capita completed in a single year than from 1998 to 2018, according to a Foreign Policy report.

“This shocking news is sadly consistent with the CCP’s decadeslong callous disregard for the sanctity of human life,” Pompeo said Wednesday.  “I call on all nations, women’s advocates, religious groups, and human rights organizations to stand up for the Chinese people’s basic human dignity.”