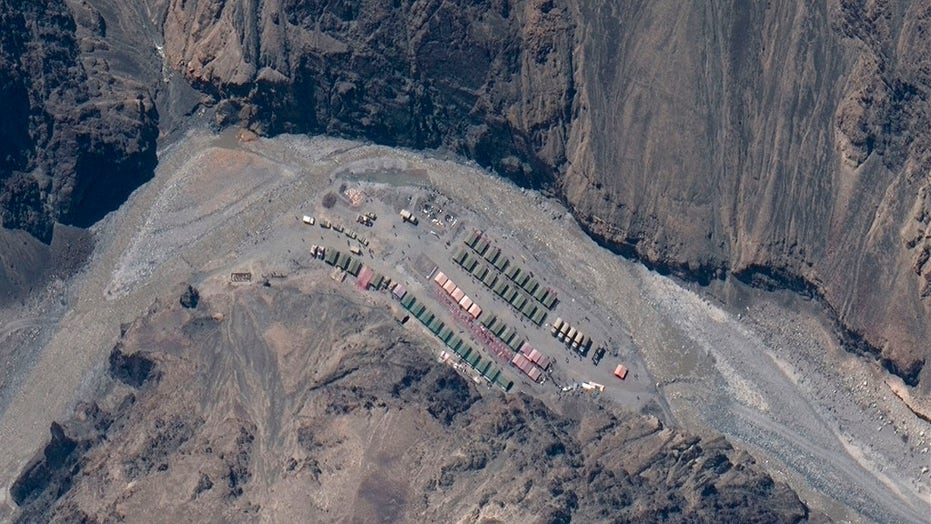 New satellite imagery from the disputed border area of the Himalayas between China and India shows evidence that China has been building up its military presence after a clash there that left 20 Indian troops dead earlier this month.

Both countries' military commanders agreed to disengage their forces in the Galwan Valley region in the territory of Ladakh after the June 15 attack. But recent images from June 22 show new Chinese bunkers, tents and storage units that weren't previously there in earlier in the month, Reuters reported.

This June 18, 2020, satellite photo released by Planet Labs, shows the reported site of a fatal clash between Indian and Chinese troops in the Galwan River Valley in the Ladakh region near the Line of Actual Control, BKalong their disputed border high in the Himalayas. (Planet Labs via AP)

The images from space technology company Maxar are dated on the same day that China and India reached a tentative agreement since the violent confrontation.

Indian Army officials in New Delhi said the satellite images have yet to be verified, according to reports by Tribune India.

Still, India claims that China's structures are on their side of the Line of Actual Control -- a demarcation that both countries have fought over for three decades.

China has said it controls the entire territory in the Galwan Valley and that it was provoked by Indian troops, triggering the most recent clash.