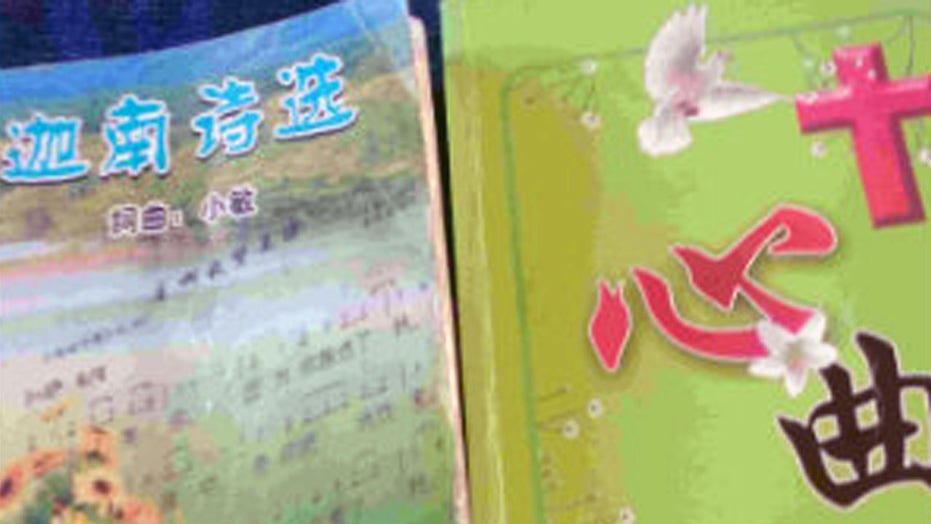 Survivors and victims’ tell their stories of state-sanctioned organ harvesting by the Chinese government.

China is cracking down on Christianity and other religions as part of a campaign by the country's Communist Party to "eradicate" so-called "pornography and illegal publications," according to a Chinese persecution watchdog.

One branch of the Protestant Three-Self Church, located in the northeastern province of Liaoning, was fined the equivalent of $1,400 after South Korean versions of the Bible were discovered in April. Other Three-Self churches had hymnbooks, gospel pamphlets and Bibles confiscated and burned, according to Bitter Winter, a religious liberty magazine focused on China.

SURVIVORS AND VICTIMS ON SHOCKING STATE-SANCTIONED ORGAN HARVESTING IN CHINA

Marco Respinti, the director-in-charge of the Italian-based publication, told Fox News the CCP is using "very tricky, subtle cultural warfare" to combat the church in China.

South Korean versions of the Bible and hymnbooks published by the printing houses that are not approved by the government are also targeted. (Bitter Winter)

"Sometimes the CCP says you're allowed to have religious materials in the state-controlled church, but then they stop people, so it's contradictory," Respinti said. "They are trying to control all of culture, and religion is a huge part of people's culture. So they're trying not only to stop people's public expression of religion but they are also trying to go into personal things -- beliefs -- they are trying to indoctrinate people through these banning of religious materials."

Since March 2018, the Chinese government has banned online and retail sales of Bibles, and hymnals and other spiritual books aren't allowed in churches unless sanctioned and published by the CCP, moving the churches further and further away from any semblance of religious liberty.

“The government’s campaign to ‘eradicate pornography and illegal publications’ has actually swept into churches," one of the church's co-workers told the publication. "This is slanderous to God!”

Sermons and speeches by pastors in religious venues that impinge on CCP's religious policies and regulations are considered violations, according to an open letter titled "All People Must Take Action and Fully Carry Out Work to 'Clean Up Gang Crime and Eliminate Evil' and 'Eradicate Pornography and Illegal Publications' in the Religious Filed!'"

The letter, which encourages people to report "illegal" behavior, calls for the control of “harmful information” online, which is defined as “publications and information that weaken, distort, or negate the Party’s leadership or China’s socialist system.” The censorship also covers the dissemination of “religious internal informational publications” and audiovisual products in public places.

Respinti says that, although there are no quotes saying religious material is akin to pornography, the government is essentially linking the two by putting them in the same campaign and trying to scare parents who send their kids to church or Sunday School in "the most up-to-date version of psychological warfare and propaganda."