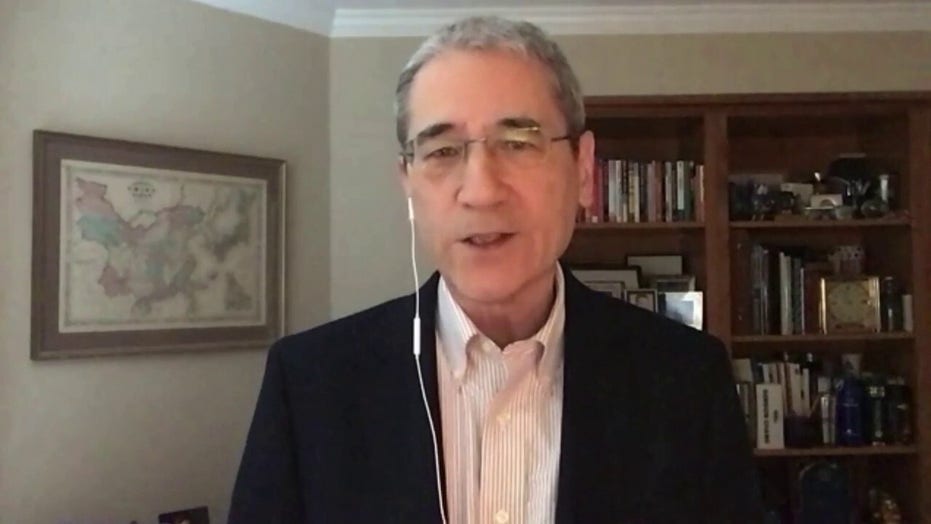 As China signals a move into Afghanistan, expert says they are doomed to fail

China prepares to enter Afghanistan following the withdrawal of American forces, but Gordon Chang believes they are biting off more than they can chew.

As American troops complete their withdrawal from Afghanistan, Beijing appears to have been waiting in the wings for an opportunity to enter the war-torn country.

For President Xi Jinping and the Chinese Communist Party, Afghanistan is a crucial piece of the puzzle. It offers a portal through which the Chinese military might access the Arabian Sea, via Iran or Pakistan.

Afghanistan could also provide access to Iran and the Middle East, and a route to the Indian Ocean and on to Africa.

As China prepares to make significant investments that would secure its influence in Afghanistan, author and China expert Gordon Chang has doubts about the regime's ability to succeed.

"Because the Chinese are more vicious, yes, I think they’ll have a better chance of achieving their goals in Afghanistan than us," Chang said in an interview with Fox News. "But having a better chance doesn’t mean they’ll succeed. I think they will just take longer to fail."

TALIBAN SURGES AS BIDEN PULLS US TROOPS OUT OF AFGHANISTAN, WITH EXPERTS WARNING OF ‘FOREIGN POLICY DISASTER’

"We’ve seen China establish relationships in unruly areas, but this would be a much bigger commitment for them," he continued, pointing out that Afghanistan is one of 14 countries bordering mainland China. "This is not some far away commitment where they can just pull up stakes, once China goes in it is going to be extremely hard for them to get out."

As mentioned, one of China’s key interests in Afghanistan is access.

Chinese leaders have reportedly already been negotiating a deal with Kabul authorities to invest in Afghanistan’s infrastructure through China’s international "Belt and Road Initiative."

The trillion-dollar program has funded multiple projects, generally focusing on hard infrastructure like airports, roads and seaports, throughout Asia, Africa and the Middle East.

US FORCES PULL OUT OF BAGRAM AIR BASE IN AFGHANISTAN

It has been used by the Chinese Communist Party to grow its influence by providing infrastructure loans to poorer countries in return for control over local resources, of which Afghanistan has plenty.

Tapping into Afghan’s vast natural resources has been a long-standing goal of China.

The country sits on an estimated $1 trillion to $3 trillion in mineral wealth, including rare semi-precious gems, copper, iron, gold, uranium and lithium, which is essential in batteries for alternative energy sources.

The deal with the Afghan government would reportedly extend the $62 billion China-Pakistan Economic Corridor, a project started in 2013.

Chang, however, speculated that extending the BRI may end up benefiting the Afghans, not the Chinese. "I don’t think Belt and Road really is that important in terms of the way Afghans think," he said. "It just gives them more leverage over the Chinese, because once you start building infrastructure you’ve got to protect it."

When it comes to accessing Afghanistan’s vast untapped natural resources, he claimed it may be more costly than China anticipated. "It's going to be pretty expensive for them to get minerals out of Afghanistan."

"I'm not saying they can't do it; I think they probably will do it. But the cost is going to be much higher than they presently contemplate."

"Afghanistan is an unruly country," Chang pointed out. "Even with [China’s] 30-year lease on their copper mine were not able to take advantage of it."

Finally, by gaining a foothold in the region, China seeks to deny Uyghur and other Turkish minorities sanctuary and avoid an anarchic scenario in which a rise in Islamic fundamentalism on its border threatens domestic security in China.

"Beijing is committing genocide and crimes against humanity against them, and they’re worried that Afghanis are going to aid the Uyghurs," said Chang.

With its bought influence, Beijing will expect the Taliban to ignore the "genocidal" oppression of their fellow Muslims, the 12 million Uyghurs in China's Xinjiang province, which sits close to the Afghan and Pakistani borders.

Chang expressed his doubts, saying, "Although [the Chinese] are vicious, I don't think that they're as vicious as the elements that they're going to face."

"They've got a great relationship with the Taliban, but the Taliban are not the only element in Afghan society. There are a lot of militants with very different interests," he observed. "India can play these groups against China in Afghanistan, bedevil the Chinese, bog them down."

Ultimately, Chang said he believes the decision for the U.S. to withdraw from Afghanistan was the correct one.

"Right now, the most important threat to the United States are not the militants in Afghanistan, but China. We were bogged down in Afghanistan with this whole notion of nation building." He went on to suggest the U.S. focus on redeploying its forces to aid friends and allies in the regions surrounding China.

"Beijing has a lot of money, they can do a lot of things, but they can't do everything and right now they are overstretched. And it looks like they're going to add one more commitment to something that, yeah, maybe they can succeed, but is going to come at an enormous cost."

"I would love to see China get mired into Afghanistan," Chang admitted. "This is going to be fun to watch."