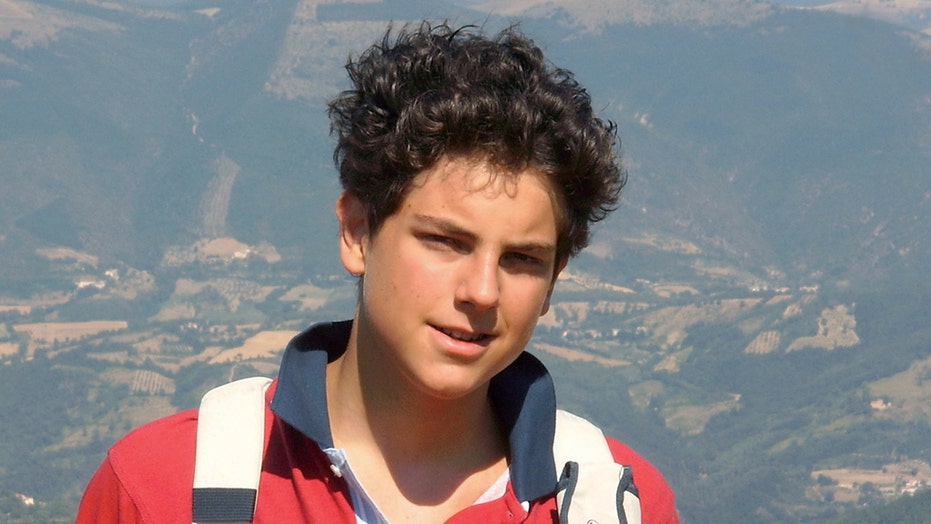 An Italian teenage boy who programmed his home computer to catalog miracles and died at 15 years old is one step closer to becoming the first Catholic millennial saint.

Carlo Acutis, an Italian schoolboy who helped spread Catholic teaching online before he died of leukemia in 2006, is set to be beatified on Oct. 12 this year in Assisi, Italy. It was delayed due to the coronavirus pandemic and his family is now awaiting one more miracle attributed to him by Pope Francis before he could possibly become the first patron saint of the internet.

FROM SLUMS TO SAINTHOOD: VATICAN NAMES FILIPINO BOY WHO DIED AT 17 'SERVANT OF GOD'

“That’s my hope — he would be an ideal example for all young people,” Cardinal Angelo Becciu, head of the Congregation for the Causes of Saints, told the Los Angeles Times, about Carlo's saint prospects.

The teen, who became deeply religious during his childhood in Milan and attended Mass daily, was credited with a miracle involving the healing of a Brazilian child suffering from a rare congenital anatomic anomaly of the pancreas in 2013, according to his namesake website.

He is seen as a role model for young faithful around the world.

Francis paid tribute to Carlo last year after citing his use of the internet to "communicate values and beauty" as the perfect antidote to the dangers of social media. In a document he wrote after a synod on youth, Francis quoted a phrase coined by the teen warning other youngsters not to lose their individuality on the internet: “Everyone is born an original, but many die like photocopies.”

Carlo Acutis, who died at 15 from leukemia, is one step closer to becoming the patron saint of the internet. (carloacutis.com)

“He begged me to find him books on programming, so I bought him textbooks from the Polytechnique University of Milan on C++. He learned how to code in several languages. He taught himself everything, including 3-D animation,” she told the National Catholic Register. “It was unbelievable.”

She added, "Carlo understood that the internet can be used as an atomic bomb for good, but it can also be used for bad, to diminish the human person.”

The Italian teen developed a website on Eucharistic miracles in four years, which is still being used today. He also created websites on the Virgin Mary, purgatory, angels, demons, and for his Milan parish and local Jesuits to encourage volunteers.