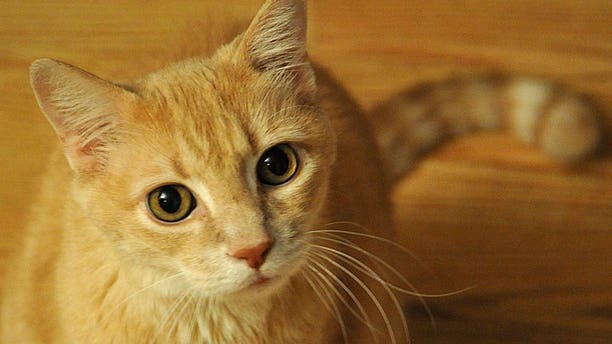 Forensic scientists are set to publish Britain's first database of cat DNA so that it can be used for solving future crimes, the University of Leicester said. (AFP/File)

Forensic scientists are set to publish Britain's first database of cat DNA so that it can be used for solving crimes, the University of Leicester said on Wednesday.

The database containing 152 samples was originally created to help in a murder investigation of a Hampshire man.

Cat hairs found on the dismembered torso of David Guy led to the successful conviction of main suspect David Hilder. He received a life sentence for manslaughter at Winchester Crown Court last month.

His torso was found on Southsea beach in July last year wrapped in a curtain which contained eight hairs from Hilder's cat Tinker.

"This is the first time cat DNA has been used in a criminal trial in the UK. We now hope to publish the database so it can be used in future crime investigations," project leader Jon Wetton said.

"This could be a real boon for forensic science, as the 10 million cats in the UK are unwittingly tagging the clothes and furnishings in more than a quarter of households."

Wetton created a similar database of dogs while working with the Forensic Science Service and offered to build one for cats after being contacted by Hampshire Police.

Samples were collected from a firm which analyses blood samples from pets showing cats' ages, gender and postcode.

The study of 23 cats from Southsea and another 129 from the rest of the country led to three samples matching the hairs from the crime scene.

There are now plans to use the database to gain further insights into how cat DNA can be used as evidence.

"Within each cat hair are two types of DNA, individual-specific 'nuclear DNA' detectable in the roots of some larger hairs, and 'mitochondrial DNA' which is shared by all maternally-related individuals and can be found even in the finest hair shafts," Wetton said.

"Animal DNA offers a way of linking people to places and items through the transfer of their pet's hairs."