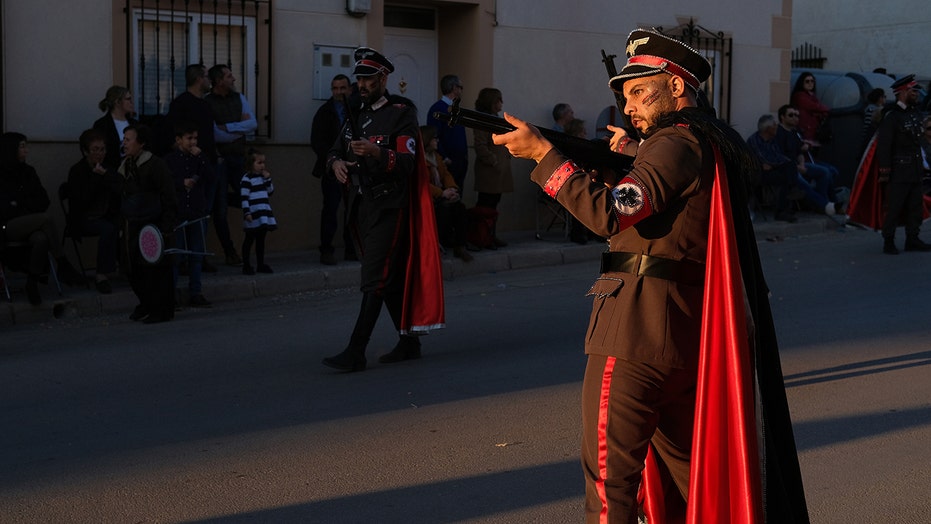 The Monday parade was part of a carnival celebration in Campo de Criptana – a town in central Spain, about 100 miles southeast of Madrid – and El Chaparral Cultural Association was the group responsible for organizing the Holocaust-themed display.

CAMPO DE CRIPTANA, SPAIN - FEBRUARY 24: A man dressed as a nazi soldier is seen in a Holocaust-themed parade during Carnival festivities on February 24, 2020 in Campo de Criptana, Spain. The Embassy of Israel in Spain denounced the display as trivializing the Holocaust. (Photo by Rey Sotolongo /Europa Press via Getty Images)

The association said the display was meant to commemorate the “6 million Jewish men, women and children who perished in the Holocaust and all those who suffered persecution and extermination because of their race, sexual orientation, religion, ethnic origin or political ideas.”

But whatever their intentions, the display provoked an angry response from the Israeli embassy in Madrid and from the Auschwitz memorial museum.

“We condemn the Campo de Criptana carnival’s vile and repugnant trivialization of the Holocaust, which mocks the 6 million Jews murdered by the Nazis,” the embassy wrote on Twitter.

Campo de Criptana’s town council said the association’s parade had been granted but acknowledged that its intended message “fell short.”

The town’s mayor said the parade did not “feel like a very carnival-type theme,” adding that it would not likely happen again.

The display came just one day after the annual Aalst Carnival parade in Belgium provoked similar outrage for a display that featured members dressed up as insects with fur hats worn by some ultra-Orthodox Jewish men.