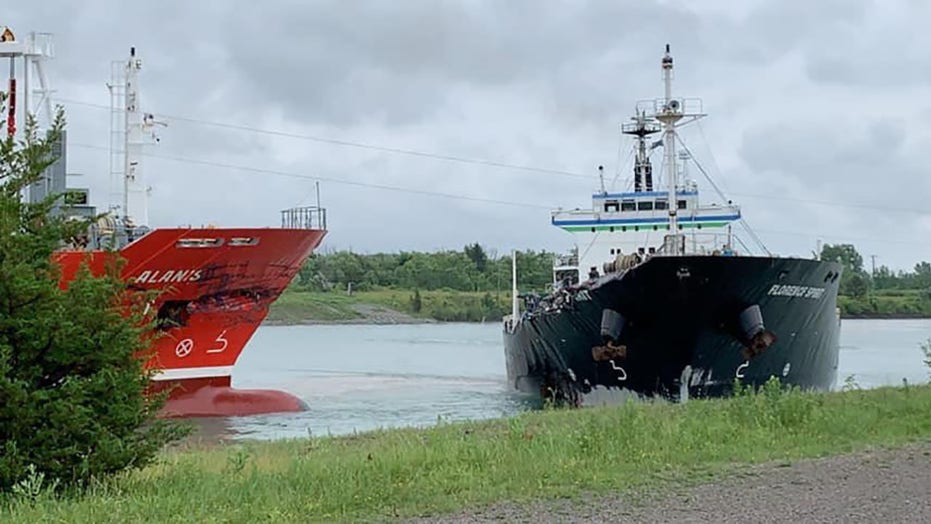 The two vessels, the Alanis and the Florence Spirit, were coming from opposite directions along Ontario’s Welland Canal, a shipping lane that connects Lake Erie and Lake Ontario.

Video footage shared online shows the two ships slowly drifting toward each other before the crunching impact. Welland firefighters posted images of the ships’ damaged hulls.

“I would have never thought I’d see that,” boat-watcher Alex Stewart told the Welland Tribune. Another onlooker described the accident as “crazy” in a social media post.

No one was injured in the accident and no pollution was left behind, Jean Aubry-Morin, vice president of external relations for St. Lawrence Seaway Management Corp., told the paper.

The ships, which would have normally been passing each other on the port side, collided on their starboard sides, he said. The Florence Spirit took more damage because it was sitting lower in the water.

Transport Canada officials were investigating the accident, the paper reported.