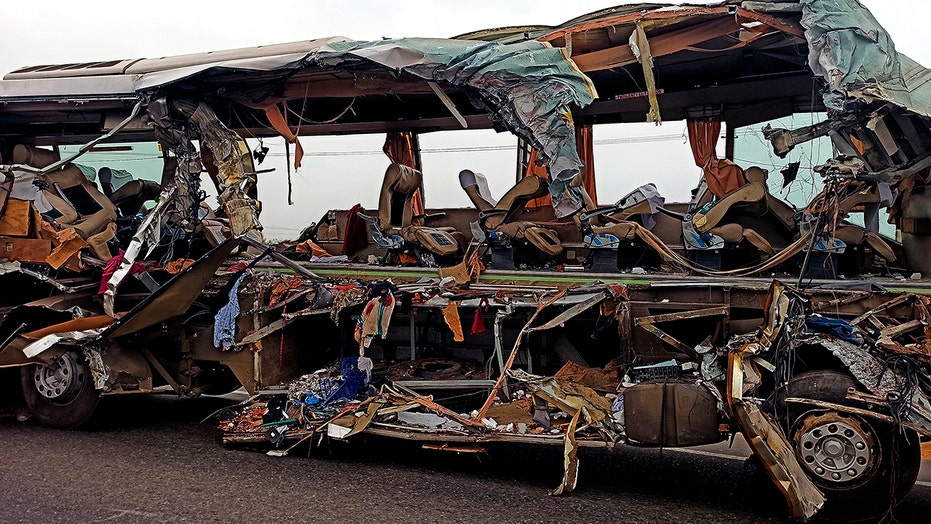 A bus collided at high speed with a truck on a highway in southern India early Thursday, killing at least 19 people, police said.

The bus driver was among the dead, but the truck driver survived the head-on collision, said police officer Sauranya, who uses one name. She said nine injured people were hospitalized and others were allowed to go home after treatment.

The accident occurred near Avinashi, a town in Tamil Nadu state. The state-operated bus was on its way to Thiruvananthapuram, the capital of Kerala state, from Bangalore in Karnataka state.

The remains of a Kerala state-run bus that collided head-on with a truck near Avanashi, Tamil Nadu state, India, Thursday, Feb. 20, 2020. At least 19 people were killed and more than 20 were injured in the accident. (AP Photo)

"We do not know if the truck driver dozed off or if there was a tire burst, the Press Trust of India news agency quoted police officer Siva Vikram as saying.

The truck entered the wrong lane and crashed into the bus coming from the opposite direction, ripping off part of its body and leaving tangled remains, he said.

More than 110,000 people are killed every year in road accidents across India, according to police. Most crashes are blamed on reckless driving, poorly maintained roads and aging vehicles.