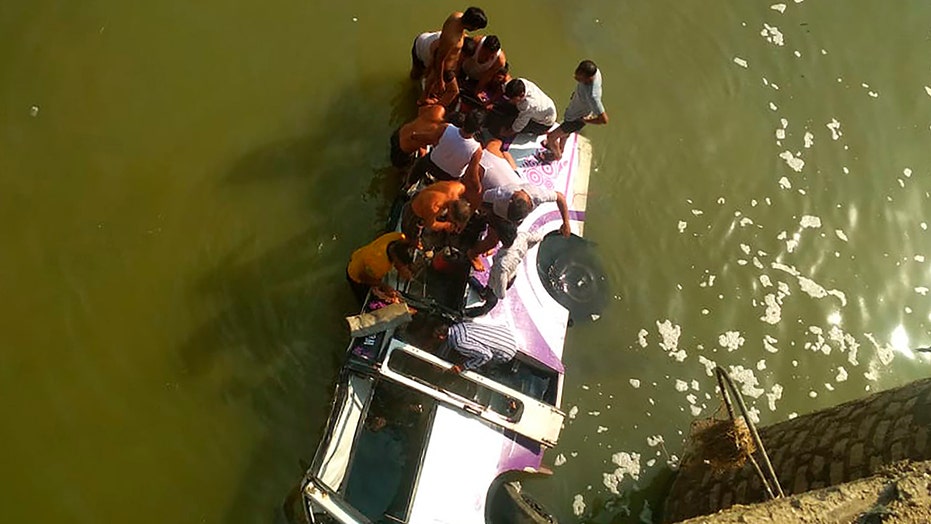 A bus carrying members of a wedding party plunged into a river in western India on Wednesday, killing at least 24 people, police said.

The driver lost control of the bus after one of its tires burst as it was traveling on a highway, police officer Rajendra Kumar said.

Rescuers look for survivors after a bus plunged into the Maze River in Lakheri area near Kota in Rajasthan state, India, Wednesday, Feb. 26, 2020. At least 24 people from a wedding party were killed in the accident. (AP Photo/Sahil Sheri)

Five survivors were hospitalized with injuries, he said.

The accident happened near Kota in Rajasthan state, about 500 kilometers (310 miles) south of New Delhi.

Deadly bus accidents are common in India. Around 150,000 people die every year on India’s roads, often because of reckless driving, badly maintained roads and vehicles overcrowded with passengers.

In September 2018, a bus carrying pilgrims from a Hindu temple in the hills of southern India plunged off a road and killed at least 55 people.