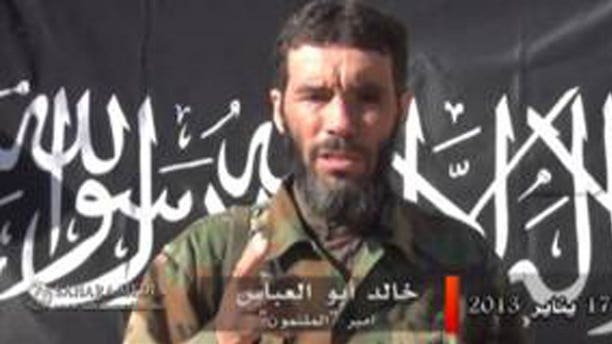 An Al Qaeda splinter group founded by Algerian jihadi mastermind Mokhtar Belmokhtar on Monday claimed that it was behind a deadly prison break in Niger last month, a statement published by online news agency ANI said.

Belmokhtar is a former leader of the Al Qaeda in the Islamic Maghreb (AQIM), which is known for May suicide bombings in Niger that killed at least 20, as well as the dramatic January seizing of a desert gas plant in neighbouring Algeria in a siege that left 38 hostages dead.

He left AQIM in late 2012 and formed a splinter group, the Signatories of Blood, which claimed responsibility for the June Niger prison break that left three guards dead.

"Combatants attacked prison guards and took their weapons before seizing the armoury (...) to secure the prisoners' exit," said the statement, adding that the raid was led by a "Abdallah As-Soudani."

The Niger government said on June 2 that several "terrorists" were among the 22 inmates who escaped the prison in the Niger capital Niamey the previous day during unrest.

They included Cheibane Ould Hama of Mali, who was convicted of killing four Saudis and a US citizen.

The breakout happened a little over a week after twin suicide bombings on an army base at Agadez and French-run uranium mine at Arlit claimed more than 20 lives in northern Niger on May 23.

In its statement published by ANI on Monday the Signatories of Blood said that "116 members of the Niger military including a large number of officers and their French instructor were shot dead at Agadez".

Branded "the Uncatchable," Belmokhtar personally supervised the operational plans for the twin car bombings in Niger, a spokesman for his group said in May.

Signatories in Blood has threatened to carry out further attacks on Niger and other countries with troops in Mali.

Islamist extremists had seized control of Mali's vast desert north for 10 months before a French-led intervention launched in January drove them out.