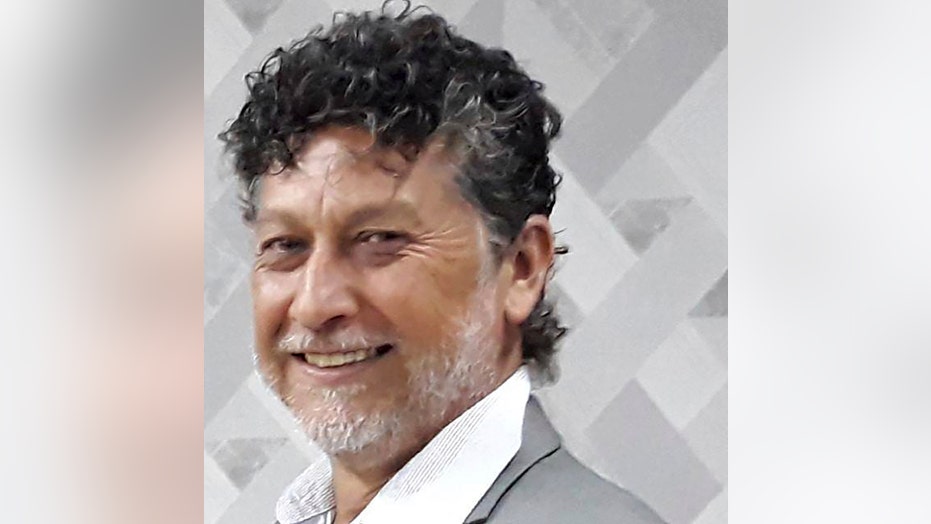 A Brazilian journalist was gunned down in his home on Paraguay's border as he ate dinner with his wife, father-in-law and young child, prosecutors said Thursday.

Léo Veras lived in the Paraguayan town of Pedro Juan Caballero and ran a local news website. He had recently been receiving threats for his investigative work into smuggling at the border, according to a statement from the journalists' union in Brazil's Mato Grosso do Sul state.

This undated photo released by Pora News shows the news website's employee, Brazilian journalist Leo Veras, at an unknown location in Brazil. Veras was gunned down in his home on Paraguay's border as he ate dinner with his wife, father-in-law and young child, prosecutors said Thursday, Feb. 13, 2020. (Pora News via AP)

Veras' father-in-law saw two armed men step out of a truck that parked on the corner, approach the area where the family was eating and begin firing on Wednesday, Paraguayan prosecutor Marco Amarilla told radio station Universo 970. Veras tried to flee, and received 12 gunshots from behind. The last shot was in the head.

Veras' wife said that he had been withdrawn and stressed lately, Amarilla added.

The porousness of the border between Paraguay and Brazil has been key for bringing contraband cigarettes, pesticides and drugs into the latter country. Pedro Juan Caballero is also the site of a jail from which at least 75 prisoners escaped in January, most with ties to a major Brazilian drug gang, the First Capital Command.