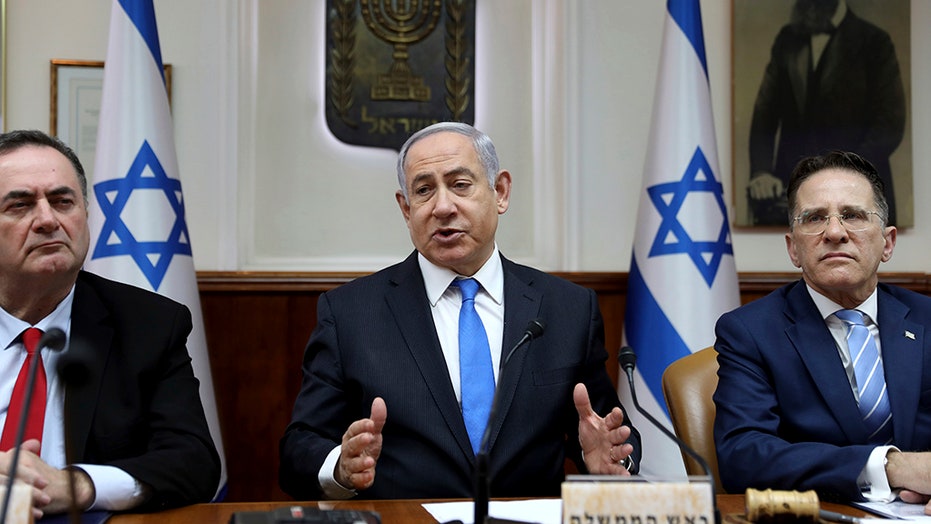 Israeli Prime Minister Benjamin Netanyahu was informed Tuesday that his trial on corruption charges will begin March 17 — two weeks after voters go to the polls to elect a new government.

The evidence will be presented before a three-judge panel in Jerusalem District Court.

A decision by the Justice Ministry on the opening date for the trial had been stalled since Netanyahu's indictment was filed on Jan. 28, according to the Jerusalem Post.

Netanyahu, 70, is accused of wrongfully accepting $264,000 worth of gifts from tycoons, which prosecutors said included cigars and champagne, and of dispensing regulatory favors in alleged bids for improved coverage by a popular news website, Reuters reported.

He could face up to 10 years in prison if convicted of bribery and a maximum three-year term for fraud and breach of trust.

Netanyahu is the first Israeli prime minister to be charged with a crime while in office.

Two national elections last year were largely a referendum on Netanyahu, and the third is expected to be no different. The first two both failed to produce a result which would pave the way for a working government.

Netanyahu's campaign has sought to divert attention away from the corruption charges while his main challenger, former military chief Benny Gantz, has sought to highlight it.

Netanyahu has heavily emphasized his relationship with President Trump at campaign stops.

Gantz himself recently met Trump at the White House, where he welcomed the president's strong support for Israel.