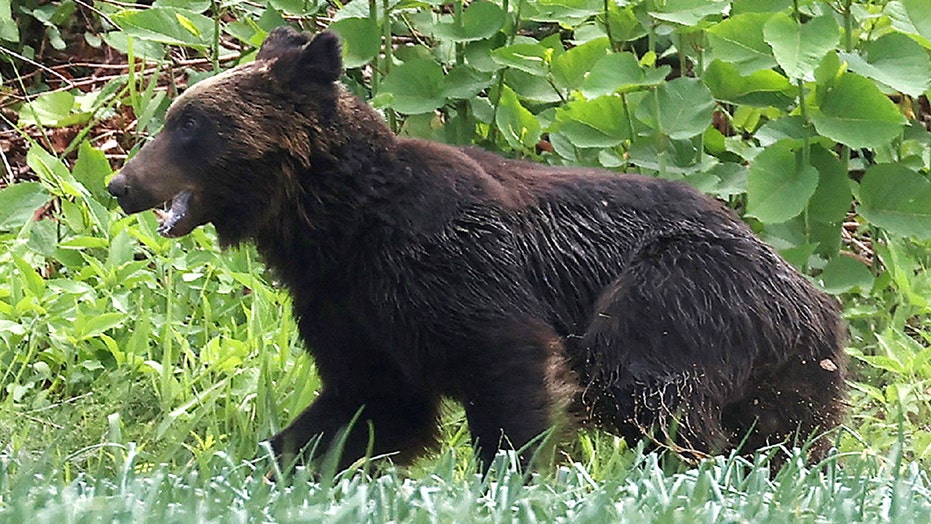 A brown bear went on an eight-hour rampage that included injuring four people, entering a military camp and halting flights in northern Japan on Friday before it was fatally shot.

The animal was seen wandering through the streets of Sapporo, which is slated to host some Olympic events this summer, in the early morning hours, triggering multiple calls to police. Hokkaido police said the bear injured a woman in her 80s, a man in his 70s, a man in his 40s and a soldier.

Their conditions were not immediately known.

"If you find a bear, be careful to evacuate immediately," the police department tweeted.

Video footage of the bear shows it wandering in the street. At one point, it was chased by a car on a busy road and forced its way into the Ground Self-Defense Force’s Camp Okadama where it knocked down a soldier on duty at the gate.

The soldier sustained cuts to the chest and stomach, the Defense Ministry said. The injuries were not life-threatening, officials said.

Flights were halted at a local airport and some elementary and junior high schools were closed, Japan Broadcasting Corporation, NHK, reported.

The animal was fatally shot by local hunters after it ran into a forest.

Toshihiro Hamada, an official at the Sapporo city environmental department, said authorities were investigating how the animal ended up in the city.

A bear shot dead is carried in Sapporo, northern Japan on Friday. The wild brown bear on the loose all night in the city wounded four people, entered a military camp and disrupted flights at the airport Friday before being shot and killed by authorities. (Yohei Fukai/Kyodo News via AP)

"We are sorry that four people were injured," Hamada said.

Brown bears roam mainly in Hokkaido forests, but experts say they have been increasingly spotted in inhabited areas looking for food, especially during the summer.