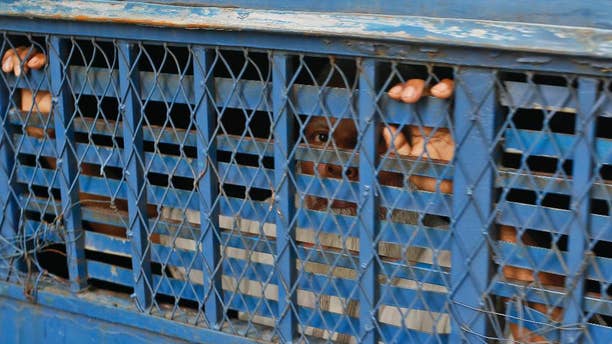 Bangladeshi man Forkan Mollick, stands inside a prison van after he was sentenced to death in Dhaka, Bangladesh, Thursday, July 16, 2015. A special war crimes tribunal on Thursday sentenced Mollick to death on charges that he committed rape and murder in 1971 during Bangladesh's war for independence from Pakistan. (AP Photo/A.M. Ahad) (The Associated Press)

A special war crimes tribunal has sentenced a man to death on charges that he committed rape and murder in 1971 during Banglasdesh's war for independence from Pakistan.

The man worked at a local office of the Jamaat-e-Islami party, Bangladesh's largest Islamist party, which had organized people to fight against the independence struggle.

After Thursday's verdict, Mollick shouted from inside a prison van that he was innocent as police took him away.

The defense plans to appeal the verdict.