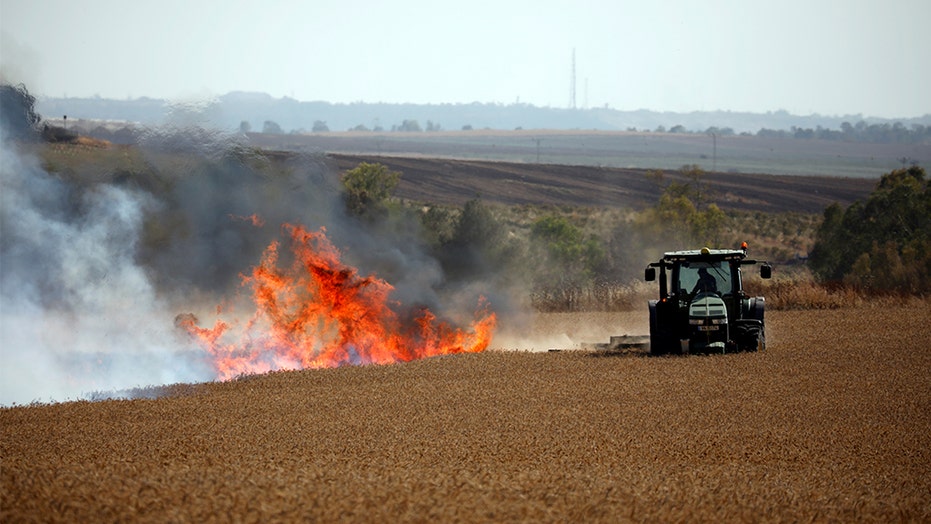 A “balloon bomb” launched from the Gaza Strip reportedly exploded over a community in southern Israel on Wednesday, as tensions along the border escalated.

The explosion, which did not cause any injuries or damage, came as Gazans have stepped up launches of balloon-born incendiary devices into Israel, The Times of Israel reported, citing government officials.

A local government spokesperson told the outlet that the device detonated “near a community in the Eshkol region” and “residents reported a loud blast heard in the community."

The explosion marked the first explosive attack of its kind from the Gaza Strip since an Egyptian-brokered cease-fire was reached following two days of intense fighting in early May, which killed 25 militants and civilians in Gaza as well as four Israeli civilians.

As part of the agreement, Gaza’s Hamas rulers were reportedly obligated to stop the launching of incendiary balloons at Israel. In addition to the danger they pose to people, the devices have been blamed for wildfires.

While violence has subsided since the cease-fire agreement, fire departments in southern Israel reported an increase in “arson attacks,” including six fires on Wednesday, which fire officials believe is a result of the devices, The Times of Israel reported.

On Tuesday, seven fires in southern Israel were reportedly sparked by “balloon bombs,” which prompted Israel to announce that it will further scale back the Gaza fishing zone from 11.5 miles to about 7.

Israeli officials have said they hold Hamas responsible for all attacks from the coastal territory. The sides have engaged in several rounds of cross-border fighting over the past year.