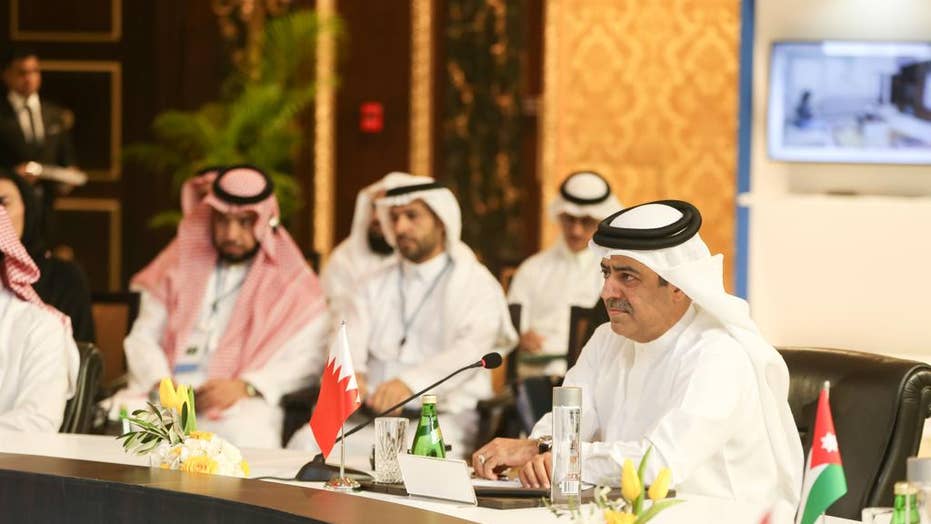 Human trafficking is one of the world’s most rampant human rights violations and, sadly, one of its most profitable crimes. A select group of countries is making efforts to fight the scourge -- among them is Bahrain, which has implemented an oper-door policy for its citizens to report suspected human trafficking crimes.

“Human trafficking is exploiting vulnerabilities, and we needed to understand the scope of the problem we are facing. So, we opened our hearts and opened our doors, and we decided that everyone who will contact us will be helped,” Ausamah Al Absi, who has led the charge in the kingdom, told Fox News.

According to the recent 2020 State Department Trafficking in Persons (TIP) Report, nearly 25 million people around the world are being denied of their fundamental rights to freedom, being forced to live enslaved and work for their exploiters’ profits. Some 70% of them are women and girls, often exploited sexually.

For the past 20 years, the TIP Report has set the standard for information about human trafficking around the world, according to analysts. It has reported in-depth on 188 countries, including their efforts in what’s known as the three Ps: prosecution, protection and prevention.

The United States has been a long-standing key player in fighting these crimes, and the recent report marked 20 years dedicated to battling the global threat.

“The United States, throughout our history, has stood in defense of human rights like no other nation,” Secretary of State Mike Pompeo said. “America was founded on a promise: a promise to uphold inalienable rights of life, liberty and the pursuit of happiness.”

Even before the coronavirus pandemic, overseas labor migrants were a vulnerable population. The World Bank announced that the outbreak will be pushing 40-60 million people to extreme poverty, and the World Food Program reported that over a quarter of a billion people around the world would be suffering from acute hunger by the end of 2020.

Bahrain, for its part, was included in Tier 1, the highest possible ranking, in the 2020 TIP Report, joining fewer than 40 other countries. One reason is that the kingdom created a system, in which anyone who suspects acts of trafficking or exploitation of any kind will be able to report it.

“Whether it is a simple grievance, whether it is unpaid wages, whether it is passport confiscation, any kind of situation, that’s what creates a vulnerability and exploitation,” Al Absi told Fox News.

Bahrain also has built a digital referral system that connects the various government agencies that need to address these issues, including legal, health, financial and police groups. “Every time we realize there was an issue, we proactively address it, even though it’s not necessarily our direct responsibility, but we operate as a one-government approach,” Al Absi said.

Still, Bahrain, other countries in Tier 1, and various United Nations agencies have understood this remains a global problem.

“The criminals tell the victims, you’re alone, the governments will not help you, you are powerless,” Al Absi said. “Once we change this, once we gain the trust of the victims, we can help them and change their future for the best.”

The kingdom has established a center dedicated to fighting such trafficking. It’s aimed to serve as a regional hub for expertise and training to combat the crime.

As the TIP Report noted, Bahrain’s government “convened, organized and funded a regional forum on trafficking that brought together high-level delegations from across the Middle East to share best practices and commit to specific anti-trafficking initiatives germane to the region.”

Bahrain has signaled it hopes to serve as a role model for other countries in the Middle East that, according to the TIP Report, have a long way to go.