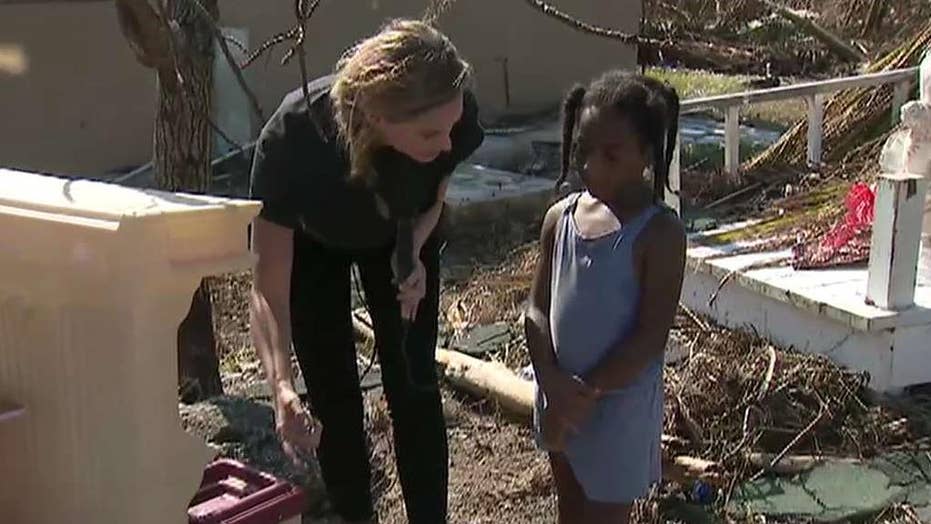 At least 70,000 homeless in Bahamas after Hurricane Dorian

Ellison Barber gets personal stories of some of Hurricane Dorian survivors in the Bahamas.

Officials say more than 100 Bahamians who hoped to evacuate to Florida after Hurricane Dorian but didn't have visas were kicked off a ferry because operators failed to coordinate the mission with authorities.

DEATH TOLL FROM DORIAN UP TO 44

U.S. Customs and Border Protection says in a statement Monday that the agency requested that the company coordinate with U.S. and Bahamian governments before departing Freeport but it failed to do so. Footage from WSVN-TV shows a ship traveling to Fort Lauderdale on Sunday with a loudspeaker message saying passengers who didn't have a U.S. visa needed to disembark.

The U.S. agency says Bahamians can travel without a visa only if they are first screened by U.S. officials in the Bahamas.