Australia's severe drought leaves up to 10,000 feral camels at risk of being shot

Severe drought conditions and record-breaking heat that have played a role in Australia's deadly wildfires may also claim another victim -- tens of thousands of feral camels.

Aboriginal officials announced Tuesday on Facebook that a "major operation" to control feral camel herds on the remote Anangu Pitjantjatjara Yankunytjatjara (APY) Lands is set to get underway this week. The region's first major hunt is expected to run for five days, and is due to "threats posed to the community by an increase in the number of feral camels, and some feral horses, due to drought and extreme heat."

"There is extreme pressure on remote Aboriginal communities in the APY Lands and their pastoral operations as the camels search for water," APY Lands manager Richard King said in a statement. "The dire situation is compounded by dry conditions, animal welfare issues, threats to communities, scarce water supplies, health and environmental impacts, the destruction of country, loss of food supplies and endangerment of travelers on the Stuart Highway and across the APY Lands."

The South Australian Department for Environment and Water estimates that up to 10,000 camels in the region are flocking to water sources, including taps and tanks for any available water, the Australian Broadcasting Corporation reported. 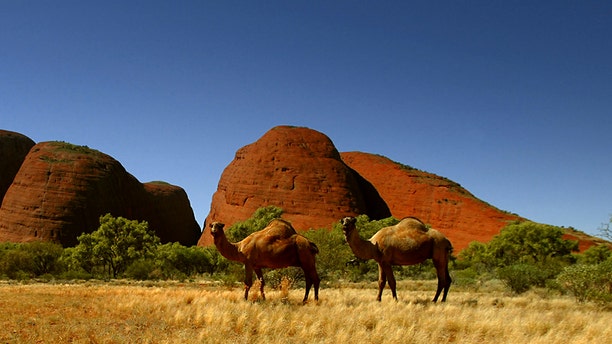 Up to 10,000 feral cameras in a remote area of South Australia are at risk of being killed as severe drought conditions have pushed the animals to head to scare water sources. (REUTERS/Tim Wimborne)

In one community in APY Lands, residents say that they have been "inundated" be feral camels that are keeping them from turning their air conditioners on out of fear the animals will attack them.

"We have been stuck in stinking hot and uncomfortable conditions, feeling unwell, because all the camels are coming in and knocking down fences, getting in around the houses and trying to get water through air conditioners," APY Executive Branch resident Marita Baker said about her community of Kanypi, located about 789 miles northwest of Adelaide.

Camels were first introduced into Australia in the mid-1880s to transport supplies across the desert but were released into the wild after trains and trucks replaced them.

With no natural predators and ample grazing land, Australia's wild camel population has exploded in parts of central, northern and western Australia. Some scientists have estimated there are as many as one million roaming the country's vast deserts.

The animals create so much damage because they eat more than 80 percent of the plant species available, a higher percentage than any other species, according to the Pew Charitable Trusts. 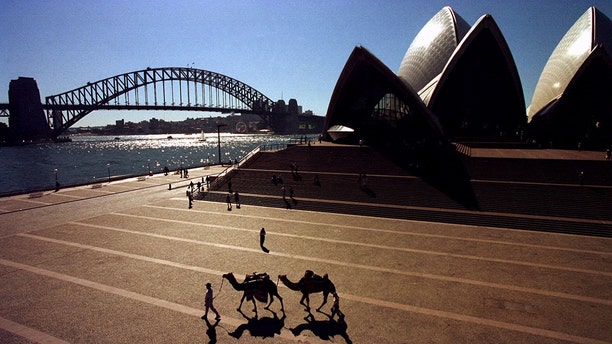 Camels were first introduced into Australi in the mid-1880s to transport supplies across the desert. (Reuters)

The idea of camel hunts has come up several times before. In 2005, authorities in South Australia made an attempt to control the animals due to demands on water supplies. Some ranchers at the time reported seeing as many as 200 camels drinking from a single watering hole.

Another proposed camel hunt resurfaced in 2011 when a company proposed shooting camels from a helicopter or rounding them up to send to a slaughterhouse.

AUSTRALIA WILDFIRES BRING OVER 100 FIREFIGHTERS FROM US, INCLUDING ELITE CREW FROM CALIFORNIA

The area’s local government said they want to use the camel control operations to "create economic opportunities," and are backing calls for the Australian government to amend legislation to award carbon credits for getting rid of feral camels as a way to cut greenhouse gas emissions. 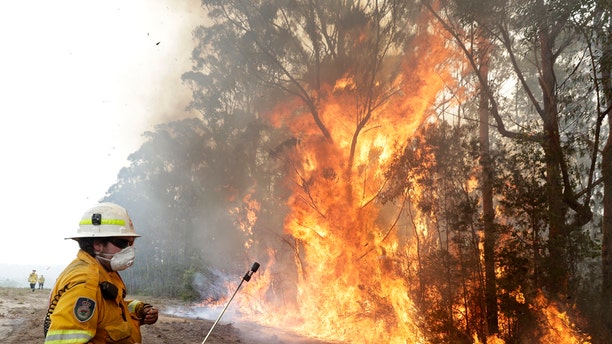 Australia has experienced its hottest and driest year on record, fueling deadly fires across the country that have been blazing since September. Since the fires began, 26 people have been killed, 2,000 homes destroyed and an area twice the size of the U.S. state of Maryland has been scorched.

U.S. officials said Tuesday they're planning to send at least another 100 firefighters to Australia to join 159 already in the country to fight the blazes, which is the largest ever deployment of U.S. firefighters abroad.

Officials are working to send the additional firefighters to Australia quickly so they can assume wildfire management and aviation management roles. The most recent group of firefighters dispatched to Australia included crews that fight fires on the ground, based in the U.S. Forest Service's Angeles National Forest in California.

Center spokeswoman Carrie Bilbao told The Associated Press the next group will also include more ground crews and that they are receiving training about poisonous snakes and insects they might encounter while fighting wildfires in Australia.